Lok Sabha election 2019: Focus shifts to Delhi as BJP, Congress up the ante

All seven constituencies in Delhi will vote on Sunday with all three main political rivals fancying their chances and gearing up for what could be intense days of campaigning through this week.

New Delhi: Five phases of Lok Sabha election 2019 are complete and just two more are left before the counting of votes on May 23. A total of 118 constituencies in the country will vote over the course of the next two weeks with seven of these in the capital city.

Delhi is indeed likely to take center stage as political parties get set to woo voters here ahead of election day on May 12 (Sunday). The Bharatiya Janata Party has already rolled up its sleeve and is keeping Prime Minister Narendra Modi as a fulcrum on which the election plank of the party will be balanced on. Appealing to Delhi voters with the catchphrase 'Dilli ke dil me hai josh, Dilli ke dil me hai Modi', the party is looking at highlighting the development and welfare work done by the NDA in the past five years. Here, however, the party would have to strike a delicate balance between local issues and issues of national importance if it is to connect with the masses.

Congress too plans to leave no stone unturned in reaching out to people in Delhi. The party has not found much favour among locals in the past few years but now seems determined to impress upon voters here with local as well as national leaders descending for campaigning. Priyanka Gandhi Vadra has a packed campaigning schedule for Delhi this Wednesday when she will hold rallies in the North-East Delhi seat and South Delhi seat. Rahul Gandhi already addressed an election rally here on Monday while local party leaders have been joined by Congress leaders from across the country during their respective rallies. 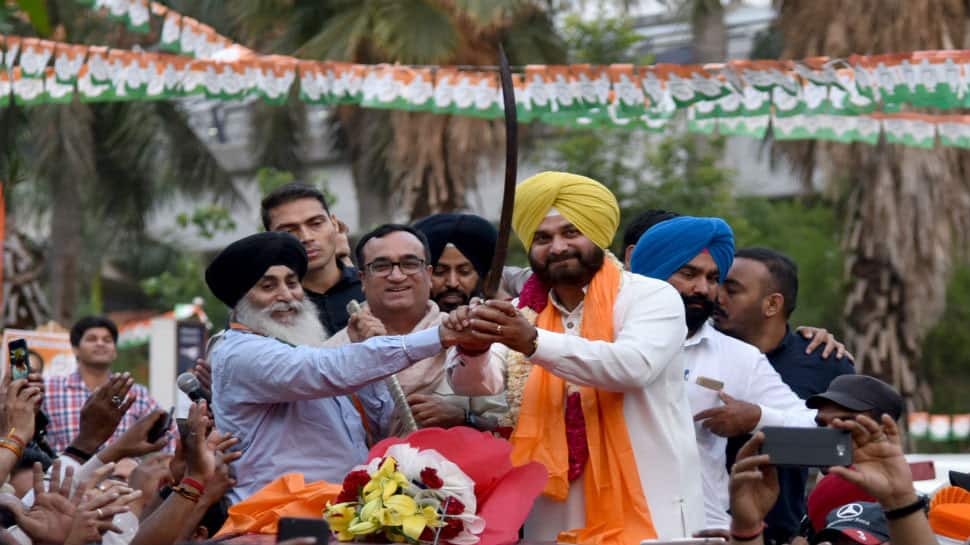 Then there is the Aam Aadmi Party which has always looked to bring down its bigger rivals.

CM Arvind Kejriwal has already begun campaigning for party candidates and although nothing came of talks with Congress for an alliance, he is confident of a favourable result. The bulk of AAP's campaign revolves around getting statehood for Delhi. And while reaching out to voters, Kejriwal has launched scathing attacks on PM Modi as well as the Congress for having ignored locals and their needs.

All seven constituencies in Delhi will vote on Sunday with all three main political rivals fancying their chances and gearing up for what could be intense days of campaigning through this week.