A visibly emotional Singh accused the Bihar BJP leadership of denying him a ticket from Nawada constituency, a seat he won in 2014. 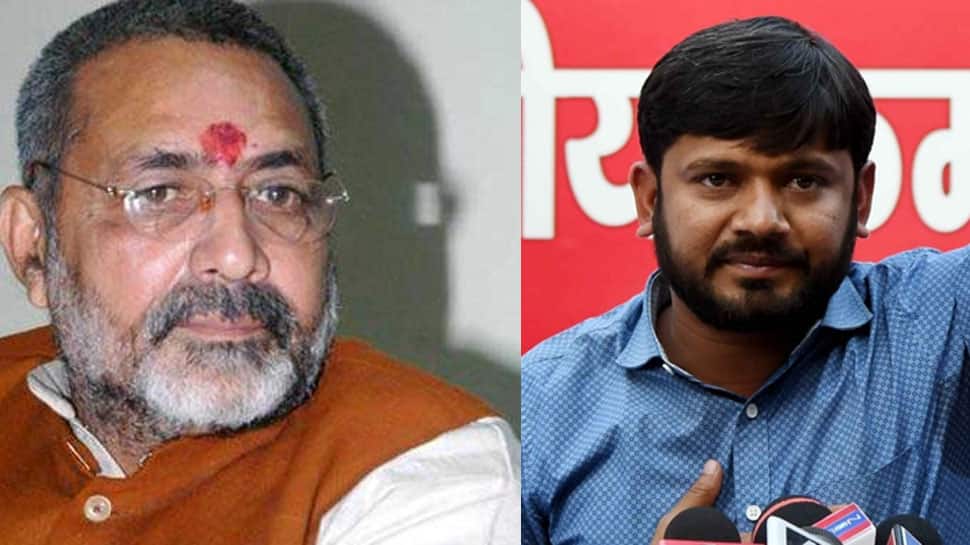 “My self-respect is hurt that no other MP's seat was changed in Bihar. It was decided without talking to me. State BJP leadership should tell me why was it done. I've nothing against Begusarai but I can't compromise with my self-respect,” said the 66-year-old BJP veteran.

A visibly emotional Singh accused the Bihar BJP leadership of denying him a ticket from Nawada constituency, a seat he won in 2014.

"I was hoping to contest election from Begusarai in 1996 and 2014 but the party leadership said Bhola Singh wants to contest from Begusarai. I was fielded from Navada (then)," he told ANI, adding that he has worked very hard for the welfare of the people of Navada.

The Minister of State for Micro, Small and Medium Enterprises claimed that Lok Janshakti Party leader Chirag Paswan and Bihar BJP chief Nityanand Rai had assured him a seat of his choice.

"Chirag Paswan told me that I can contest from whichever seat I want. Nityanand Rai also said it. Chirag Paswan even said that I didn`t take it (Nawada seat). NDA gave it to me. This hurt me even more.

"They (Bihar BJP leadership) should give me some reason. This is hurting me inside. I can`t compromise on my self-respect," he added.

JNU student leader Kanhaiya Kumar was offered a ticket by CPI(M) to contest the upcoming Lok Sabha polls from Begusarai.

Reacting to Singh's "reluctance" to contest from Begusarai, Kumar compared him to a child who refuses to go to school over incomplete homework.

"After watching the news on TV and I learnt that the BJP minister known for sending off people to free of cost Pakistan tours is not ready to come to Begusarai for contesting the polls,” Kumar took a jibe in a late night Facebook post on Monday night.

"I have a nephew who, similarly, refuses to go to school whenever he fails to do his homework. But even he never thinks of sending the teacher to Pakistan. Neither does he hate anybody nor he wants to get anybody expelled from the school," he added.

The post however does not not mention Singh's name.

Both Singh and Kumar belong to the Bhumihar caste which dominates Begusarai.