Votes for all 543 seats would be counted on May 23 after the end of the seven-phase polling on May 19. 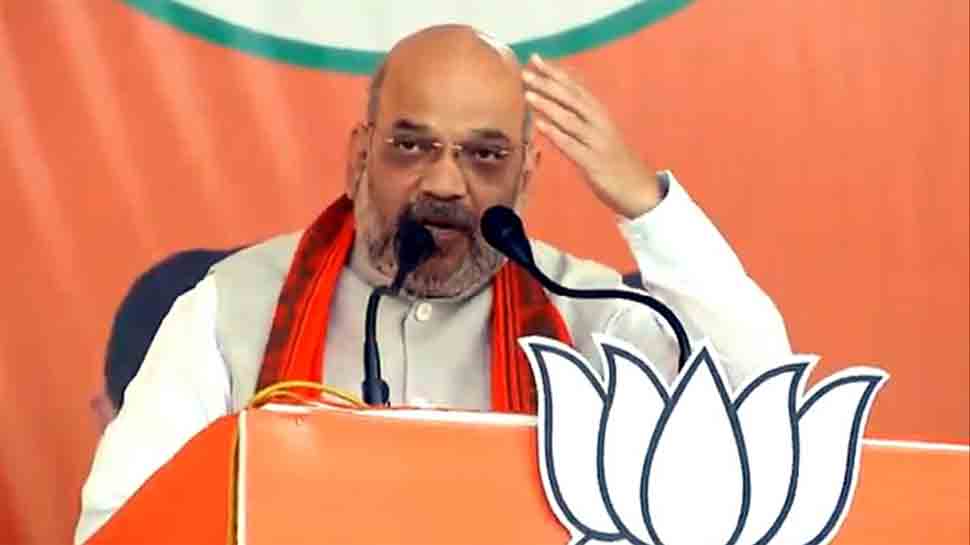 New Delhi: Polling for the first phase of the high-pitched Lok Sabha election concluded on Thursday with West Bengal recording a voter turnout of 81 per cent and Bihar 50 per cent. The Election Commission this time, however, did not share the overall polling percentage. India now awaits for the second phase polling scheduled to take place on April 18. Votes for all 543 seats would be counted on May 23 after the end of the seven-phase polling on May 19. An estimated 1.5 crore young voters in the age group of 18-19 years would vote for the first time across the seven phases.

Thanks for joining us. Please do come again on Saturday (April 13) for Lok Sabha live updates.

Here are the highlights from Friday (April 12):

* Taking on the Congress in the Wayanad Lok Sabha constituency from where its party chief Rahul Gandhi is contesting, the ruling CPI(M)-led LDF organised a farmers' rally highlighting their "sorry plight" since the economic liberalisation of 1991.

* Actor-turned-politician Shatrughan Sinha arrived in Patna on Friday on his first tour of his Lok Sabha constituency after quitting the BJP and joining the Congress and expressed confidence that he will retain the seat for a third time with a record margin.

* The Congress said on Friday that the Aam Aadmi Party (AAP) was backtracking from the seat-sharing "pact" between the two parties by seeking its extension outside Delhi, and that the party would fight all the seven seats in the national capital alone if no agreement was reached.

* The Supreme Court said on Friday that it will hear on April 15 a contempt petition filed by BJP leader Meenakshi Lekhi against Congress president Rahul Gandhi accusing him of misquoting an apex court in connection with the Rafale deal.

* A plea seeking directions to the Election Commission of India (ECI) to ban Jammu and Kashmir politicians Farooq Abdullah, Omar Abdullah and Mehbooba Mufti from participating in the Lok Sabha elections was `dismissed as withdrawn` by another bench of Delhi High Court on Friday.

* Samajwadi Party supremo Akhilesh Yadav says BJP dividing the society on the basis of caste and religion while 'Mahagathbandhan' was committed to removing hatred.

* Polling in Thursday's assembly and Lok Sabha elections in Andhra Pradesh, that went past midnight, stood at 76.69 per cent

* AAP wanted to have an alliance in other states also which is not practical. Every state is different; we will announce the seats tomorrow or day after tomorrow. If they are ready for an alliance in Delhi with Congress, we are ready even today: PC Chacko

* Rahul Gandhi has crossed all limits by using such level of unparliamentary language for PM. He's chief of Congress's 'gaali gang.' Have demanded action be taken against his statements, which aren't based on facts: Union Minister Mukhtar Abbas Naqvi

* #WATCH Union Minister Smriti Irani: In the last 5 years, they have attacked me in every which way possible. I only have one message for them, the more you will insult me, the more you will attack me, the harder I will work against Congress in Amethi. pic.twitter.com/ag3R9JV4yL

* Naxals claim the responsibility of the death of BJP MLA Bhima Mandawi killed in IED blast in Dantewada.

* The Gujarat High Court set-aside the election of BJP’s Dwarka MLA Pabubha Manek on Friday. The diktat came from the single-judge bench of Justice Paresh Upadhyay in an election petition filed by Congress leader Meraman Ahir challenging the seventh consecutive victory of Manek in the 2017 assembly elections from the Dwarka constituency.

The result of the election held in December 2017 was rejected after the court found that Manek had not mentioned the name of the constituency on his nomination form, which renders his nomination invalid and void.

* Veterans of Indian Armed Forces denied writing to President Ram Nath Kovind day after reports of a purported letter to Rashtrapati Bhavan on politicisation of the military went viral. A source in the Rashtrapati Bhavan also denied receiving any such letter. Read more here.

* Remove Congress to eradicate poverty from the country: PM Modi

* After May 23, when Modi government will be formed again at the Centre, then from the Kisan Yojana, every farmer in the country will reap its benefits: PM

* Congress and NCP are standing with the people who think Jammu and Kashmir should be separated from India and there should be a different prime minister there: PM Modi in Ahmednagar.

* Supreme Court orders all parties to submit details of donors of electoral bonds in sealed covers by May 30.

* Supreme Court will today deliver its verdict on plea challenging the validity of electoral bond.

* A video clip of Congress leader Khushbu Sundar slapping a man over alleged misbehaviour during a rally in Bengaluru on Thursday has gone viral on social media. (Read full report)

* The Election Commission is scrutinising Prime Minister Narendra Modi's remarks in Maharashtra's Latur, asking first-time voters to elect those who carried out the Balakot air strike. Addressing a rally in Ausa in Maharashtra's Latur on April 9, Modi said, "Can your first vote be dedicated to those who carried out the air strike." Parties allege that Modi's speech violates the poll code.

"We have received the report. It is under examination," Deputy Election Commissioner Chandra Bhushan Kumar told news agency PTI. Asked about the observations made by the district election officer, he said that cannot be disclosed.

*NCP chief Sharad Pawar said Prime Minister Narendra Modi has failed to fulfil his 2014 pre-poll promise of recovering black money within 100 days of coming to power. He also criticised the BJP-led NDA government over its failure to clean the river Ganga. "The Prime Minister had promised that if he failed to recover black money in 100 days, he is ready for punishment of hanging in public.

"But the black money has not come out...So what happened to his promise?...Though we are not interested in hanging anyone in public," he said at a rally in Maharashtra's Kolhapur.