Taking a jibe at the BJP`s `Main Bhi Chowkidar` campaign, Rahul Gandhi said that Prime Minister Narendra Modi did not inform the people that he would be the `chowkidar` (watchman) not for the entire country, but for businessmen like Anil Ambani and Nirav Modi. 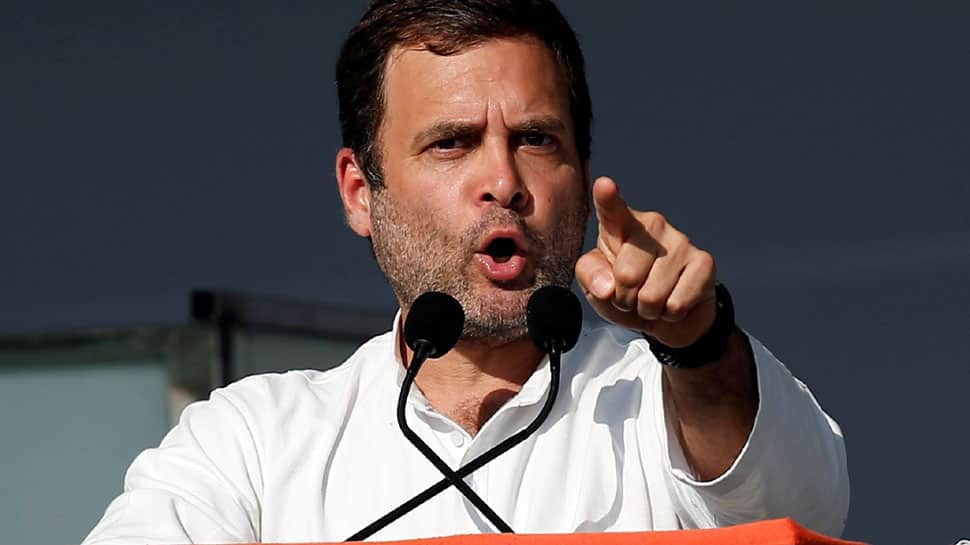 Sriganganagar: Taking a jibe at the BJP`s `Main Bhi Chowkidar` campaign, Congress president Rahul Gandhi on Tuesday said that Prime Minister Narendra Modi did not inform the people that he would be the `chowkidar` (watchman) not for the entire country, but for businessmen like Anil Ambani and Nirav Modi.

Attacking the Prime Minister, the Gandhi scion said, "Have you seen a chowkidar at the home of Anil Ambani? How many are there at Anil Ambani`s home? There is a queue of chowkidars there. Narendra Modi did not tell you that he is not yours, but the chowkidar of people like Anil Ambani and Nirav Modi."

The Congress leader reiterated his charge that Modi gave Rs 30,000 crore to Anil Ambani, and accused the BJP-led Centre of not waiving farmers` loans in the last five years.

"Narendra Modi had promised to deposit Rs 15 lakh to every citizen`s bank account. He promised that he wanted to give two crore jobs to the youth of the country. He also said he would waive farmers` loans. But instead, Narendra Modi and his ministers waived Rs 3 lakh crore loans of 15 industrialists. He did not waive even a single rupee for the farmers in five years," he said.

Gandhi said that the ensuing Lok Sabha elections will be a fight between two ideologies.

"In the last five years, Narendra Modi has created two Indias. One belongs to the rich and the other is for the poor, farmers and unemployed youth. In Narendra Modi`s India, only the rich can see the dreams but not the poor," he said.

"This will be a fight between two ideologies. One is the BJP-RSS ideology that promotes hatred and division and the other is Congress, which stands for brotherhood and love," he added.