Medium to brisk polling was recorded in most polling booths in all five seats -- Tehri-Garhwal, Garhwal, Nainital, Almora and Haridwar. 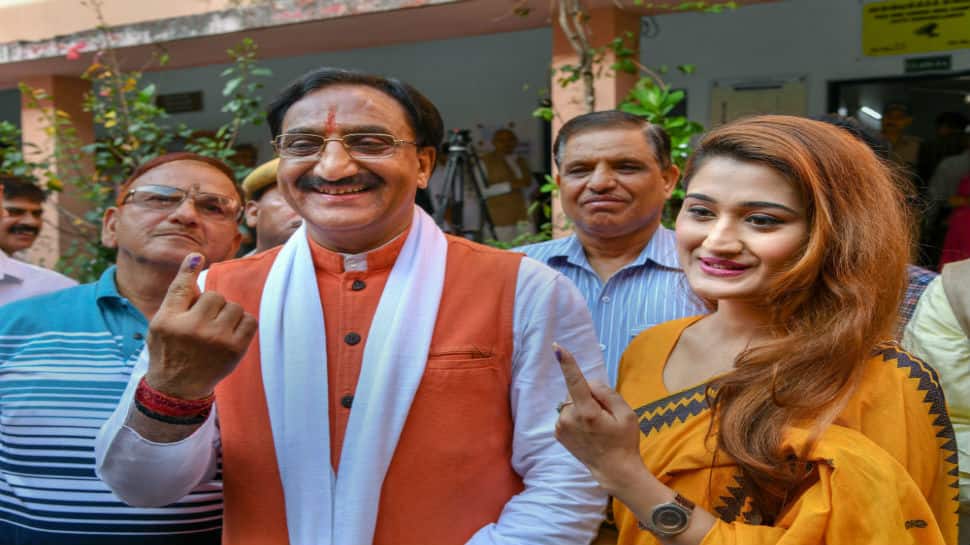 Dehradun: At least 58 per cent of Uttarakhand`s 78.56 lakh voters cast their votes to seal the fate of 52 candidates in the fray for the hill state`s five Lok Sabha constituencies where the battle was mainly between archrivals BJP and Congress.

Medium to brisk polling was recorded in most polling booths in all five seats -- Tehri-Garhwal, Garhwal, Nainital, Almora and Haridwar -- with long queues witnessed in many places and people standing for hours to cast their votes.

"The polling was peaceful and fair. The polling percentage was tentatively 58 per cent," said Chief Electoral Officer Saujanya.

Nainital and Haridwar seats recorded 66 per cent voting which was highest in the state. The lowest turnout of 49 per cent was in Almora seat while it was 50 per cent at Garhwal.

Director General of Police Anil Raturi also said that by and large, the polling was peaceful.

Out of the total 11,229 polling booths, nearly 697 polling booths were declared as `vulnerable` and 656 as `critical`. Most of the vulnerable and critical booths were in the plains districts such as Udhamsingh Nagar, Haridwar and Dehradun.

The BJP, which holds all five seats, is a straight fight against the Congress in almost all the five seats, though in Haridwar, the contest is nearly triangular with the Bahujan Samaj Party`s Antriksh Saini giving anxious moments to both BJP, which has fielded former Chief Minister Ramesh Pokhriyal `Nishank`, and the Congress` Ambrish Kumar.

Snub to Naxals, Shamgiri in Bastar registers 77 per cent voting