As per the schedule announced by the CEC, India will vote for the 17th Lok Sabha in seven phases from April 11 to May 19. 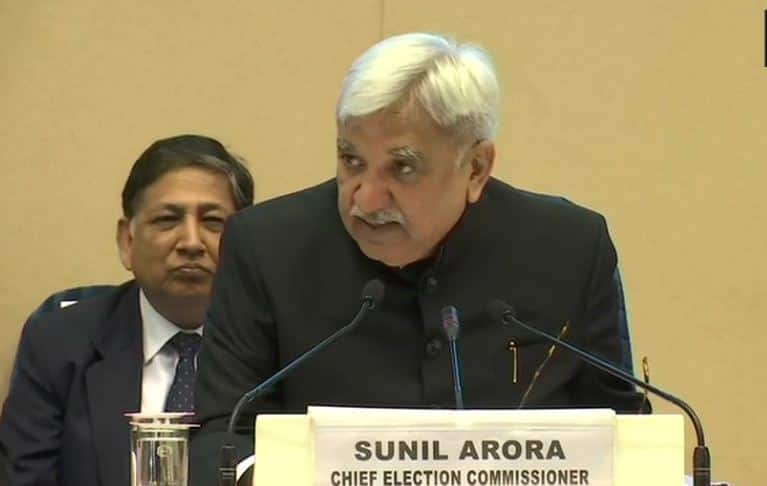 As per the schedule announced by the CEC, India will vote for the 17th Lok Sabha in seven phases from April 11 to May 19. The counting of votes will take place on May 23.

The CEC also announced that Voter Verifiable Paper Audit Trail (VVPATs) will be used in all polling stations along with EVMs.

He added that reserve EVMs and VVPATs will be transported with Vehicles installed with GPS trackers and mobile-based tracking system.

“There will be very stringent security norms for storage, handling of VVPATs. After incidents, fresh SOPS issued for last mile transportation, including monitoring by GPS, including reserve too,” CEC Arora said in his press conference.

He added that this will allow the real-time tracking of the movement of EVMs and VVPATs.

It may be recalled that in February, leaders from 21 opposition parties met the Election Commission of India to register their concern over the alleged tampering of electronic voting machines (EVMs). During the meeting, the opposition had claimed that voters are concerned over the security of the EVMs. The Opposition had also demanded that 50% of counting should be done through EVMs and 50% through VVPATs and it should be cross-checked by the EC officials before the official declaration of results.