As India goes to vote in the third phase of Lok Sabha election, high-pitched poll campaigns to woo voters across the country continued on Tuesday. 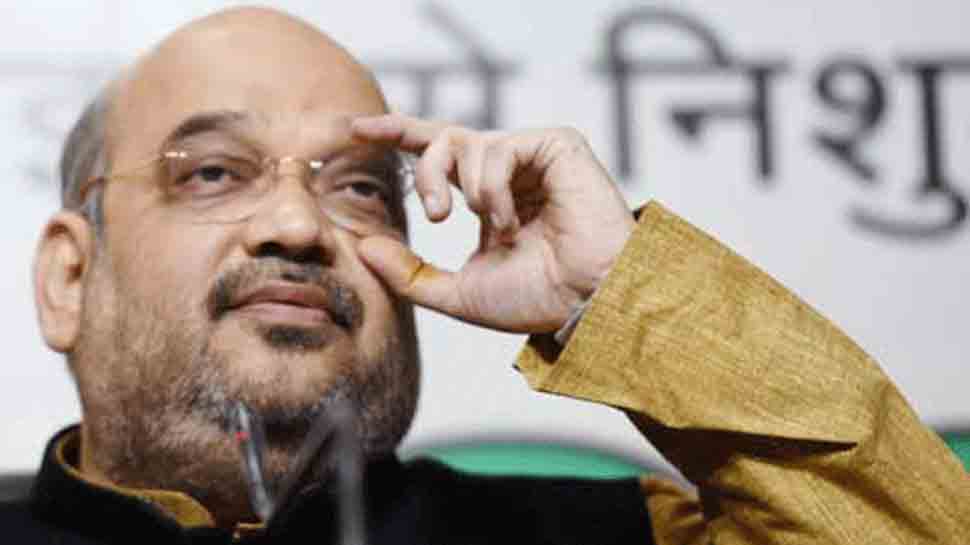 As India goes to vote in the third phase of Lok Sabha election, high-pitched poll campaigns to woo voters across the country took place on Tuesday.

Here are all the updates related to Lok Sabha election campaign of April 23:

* Once again, PM Modi will contest from Kashi (Varanasi). He will file his nomination on the afternoon of April 26. He will also participate in road show in Kashi on April 25, says Amit Shah

* BJP releases 26th list of candidates for 3 Lok Sabha Elections 2019 seats in Chandigarh and Punjab. Sunny Deol to contest from Gurdaspur, Som Prakash from Hoshiarpur, and Kirron Kher from Chandigarh.

* Rahul Gandhi once again raises 'chowkidar chor hai' slogan, says, his party would ensure that Rafale fighter jets are manufactured in India if voted to power.

* Prime Minister Narendra Modi on Tuesday slammed the past Congress governments, saying they were only concerned about the interest of a `namdar` family, not the country`s security.

* A show-cause notice has been issued by the District Election Officer to Congress candidate from Raigarh constituency Laljeet Singh Rathiya for allegedly making an objectionable statement against Prime Minister Narendra Modi.

* First she (Banerjee) made infiltrators her cadres ... Now she is bringing people from foreign countries to campaign for her. I really pity her: PM Modi.

* Didi (Mamata Banerjee) abusing Modi and getting angry with Election Commission is a reflection of her frustration in the face of imminent defeat: PM Narendra Modi

* BJP's candidate from the Bhopal Lok Sabha seat, Pragya Singh Thakur files a response to plea by the father of a deceased victim in the 2008 Malegaon terror blast seeking to bar her from contesting the ongoing elections and dubbed the petition as 'frivolous'.

* Congress President Rahul Gandhi said that a Special Kisan Budget will be presented in Parliament next year if the party is voted to power in the ongoing general elections.

* Balasore's name is recorded in history, the anti-satellite Missile was launched from this place: Modi in Balasore

* India is now a superpower in space after achieving success on land, in water and air: Modi in Balasore.

* Trinamool Congress supremo Mamata Banerjee Tuesday alleged that the central forces were working for the BJP by asking voters in Maldaha Dakshin and Balurghat constituencies, where polling is underway, to cast their votes for the saffron party. "I have got information that the central forces are sitting inside booths in Englishbazar in Maldaha Dakshin and asking voters to vote for the BJP. They do not have the right to do such thing. We have informed the Election Commission about our reservations regarding this," said Banerjee. "Why are they (central forces) doing it? The police cannot enter a polling booth," she added.

- You have seen many government in the past, ours is the only. One which has not been mired in any scams:

- Those levelling false allegations against BJP are found in standing in the dock.

- 'Lahar' (wave) for BJP has become 'Lalkar' (challenge) for Opposition after two phases of elections.

* Boxer Vijender Singh to file his nomination from South Delhi seat as Congress candidate today. "I'm happy that Congress has given me a responsibility to serve the people. As a son of a driver,I understand the plight of the poor. I'll reach out to people to understand their problems. I can't see any Modi wave anywhere. People have identified the real face. Youth just want employment, they say 'jumlon se peth nahi bharega'," he said.

* Punjab: Bollywood actor Sunny Deol set to join the BJP on Tuesday, may be fielded from Gurdaspur.

* Yoga guru Ramdev has come out in support of the BJP's Bhopal candidate and Malegaon blast case accused Pragya Singh Thakur, saying it was unfair to subject her to cruelty in jail for nine years on the basis of a suspicion.  "Sadhvi Pragya was made to suffer rigorous imprisonment for nine years. There is nothing wrong in restraining her if she makes an inappropriate statement but the inhuman treatment given to her in the jail purely on the basis of suspicion was not fair," said Ramdev.

* Sanjay Raut, Shiv Sena: "The picture in front of me is, no single party will come to power in the country this time. NDA will come of power, we are all NDA allies and NDA will form the government."

*  West Bengal: Three TMC workers injured after a crude bomb was hurled at them. The incident took place in Domkal municipality in Murshidabad.

West Bengal: Three TMC workers injured after a crude bomb was hurled at them. The incident took place in Domkal municipality in Murshidabad pic.twitter.com/zHlVechLCz

*Mumbai: Magistrate court in Sewri issues bailable warrant against Sitaram Yechury after he (and his lawyer) failed to appear in court after a summon was issued to him. RSS worker and lawyer Dhrutiman Joshi had filed complaint against Rahul Gandhi and Yechury after they named RSS in Gauri Lankesh murder case. Rahul Gandhi, through his lawyer, has inquired against Dadar Post office as he claims he hasn't received summons yet. He is exempted from appearing till April 30, which is also the next date of hearing.

* West Bengal: Bombs were hurled at Trinamool Congress councillor Tajamel Ansari in Murshidabad’s Domkol. He was rushed to the local hospital, later shifted to Murshidabad Medical College and Hospital. Meanwhile, central force jawans are carrying out route marches in the area.

Urging all those voting in today’s Third Phase of the 2019 Lok Sabha elections to do so in record numbers. Your vote is precious and will shape the direction our nation takes in the years to come.

I’ll be voting in Ahmedabad in a short while from now.

* Prime Minister Narendra Modi, who'll exercise his franchise in Ahmedabad, will hold election rallies in Odisha's Kendrapara and Balasore, and a roadshow in Jharkhand's  Lohardagga. He will alos hold a rally in Bengal's Asansol. BJP national president Amit Shah, who's contesting from Gujarat's Gandhinagar where voting is currently underway, will also cast his vote from Naranpura area in Ahmedabad. He will then head towards Madhya Pradesh's Khajuraho to address a rally. Senior party leader Sushma Swaraj will also hold rallies in MP's Bhopal and Raisen. UP chief minister Yogi Adityanath will hold rallies in state's Mahoba and Unnao while Keshav Prasad Maurya will be in Shahjahanpur.

Congress chief Rahul Gandhi will address public meetings in Rajasthan and Madhya Pradesh, while Priyanka Gandhi Vadra will be in Amethi and Sonia Gandhi in Rae Bareilly on Tuesday.

* Nominations to be filed today:

- Congress' Gurjeet Singh Aujla to file his nominations from Amritsar. CM Amrinder Singh will accompany him.