This Lok Sabha election, Congress is betting big on Punjab, a state where the party registered a sound performance in the 2017 Assembly election.

New Delhi: Congress on Tuesday released a list of 40 star campaigners who will lead the party's charge in Punjab and Chandigarh ahead of May 19 voting in Lok Sabha election 2019 here.

While Congress president Rahul Gandhi will once again take the pole position in reaching out to voters on behalf of his party, Punjab CM Captain Amarinder Singh, state minister Navjot Singh Sidhu and national leaders Manmohan Singh, Ghulam Nabi Azad, Ambika Soni and Manish Tewari too have been named in the list which includes - as was expected - Priyanka Gandhi Vadra.

Rajasthan CM Ashok Gehlot will also cross the state border to campaign for Congress in Punjab while former Himachal Pradesh and Uttarakhand CMs Virbhadra Singh and Harish Rawat will hit the campaign trail as well. 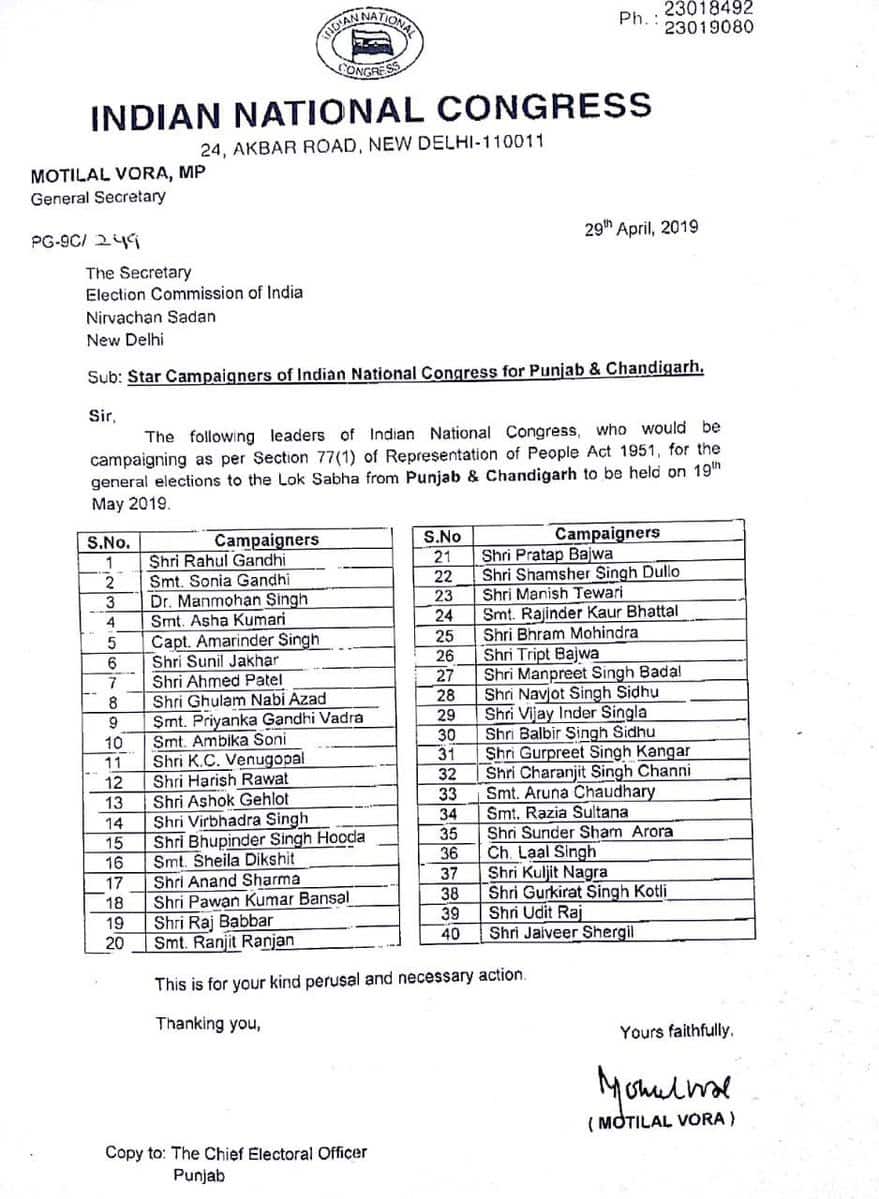 Congress has bet big on Punjab, a state where the party registered a sound performance in the 2017 Assembly election. It was being reported that the Aam Aadmi Party wanted an alliance in Punjab as well as in Chandigarh but the Congress took a strong position against it. Amarinder Singh, in particular, has already begun taking aim at rival leaders from BJP and AAP. In particular, he has called out Bollywood actor Sunny Deol who joined BJP recently and will contest the Lok Sabha election from Gurdaspur.

In the 2014 election, Congress had managed to win just three of the 13 seats in Punjab but is looking to set the records straight this time around. It faces a massive challenge from Shiromani Akali Dal, BJP and even AAP here.

As for Chandigarh, Congress would hope it can snatch the solitary seat from the firm grips of BJP. Voting here and in all 13 seats in Punjab is scheduled to take place in the final phase on May 19.