In a bizarre incident, a Bharatiya Janata Party (BJP) MLA in Gujarat warned people of consequences if they didn't vote for BJP in the Lok Sabha election. 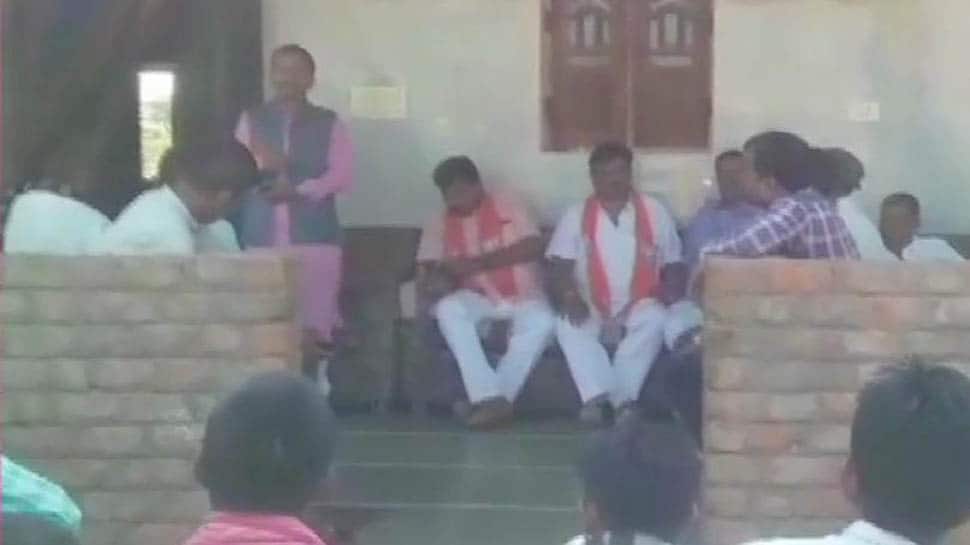 In a statement which is set to come under EC's scanner, a Bharatiya Janata Party (BJP) MLA in Gujarat warned people of consequences if they didn't vote for BJP in the Lok Sabha election.

The BJP MLA from Fatehpura, Ramesh Katara, asked people to vote for the BJP candidate from Dahod, Jaswant Sinh Bhabhor. He added that there shouldn't be any room for error as Prime Minister Narendra Modi has installed cameras inside polling station this time.

He asked people to look for the 'Lotus' symbol (BJP's symbol) on the EVM and press the button.

Making his statement more bizarre, Katara further added that it can be verified who voted for BJP and who for Congress. He added that Aadhaar Card has the photo of the voters and if there are less votes from a booth it can be found out who didn't cast votes. He added that those who don't vote will not get jobs.

"You'll see the photo of Jaswant Sinh Bhabhor (BJP candidate from Dahod) & Lotus symbol on the EVM, look for that & press the button. There should not be any room for error as Modi sa'ab has installed cameras this time. Who voted for BJP, who for Congress, it can be seen. Aadhaar Card & all cards have your photo now, if there are less votes from your booth then he will come to know who did not cast vote & then you will not get work," said Katara.