Rahul is contesting from Wayanad in addition to his traditional stronghold of Amethi in Uttar Pradesh. 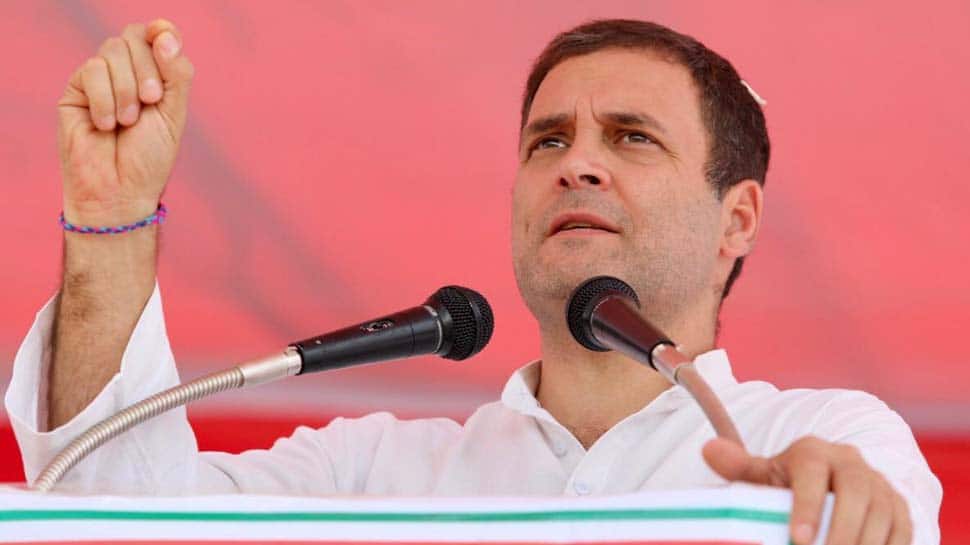 In a significant step for the Congress, party president Rahul Gandhi will file his nomination from Kerala's Wayanad Lok Sabha seat, his second constituency, on Thursday. Rahul is contesting from Wayanad in addition to his traditional stronghold of Amethi in Uttar Pradesh.

He arrived in Kozhikode on Wednesday night to a tumultuous welcome by hundreds of party workers who were seen outside the airport. The Congress chief was received by senior Congress leaders including Ramesh Chennithala, Mukul Wasnik, KC Venugopal, Oommen Chandy, Mullappally Ramachandran, IUML leaders PK Kunhalikutty and ET Muhammed Basheer and others. Party in-charge of eastern Uttar Pradesh, Priyanka Gandhi Vadra too reached Kerala.

The Congress chief will file the papers around 11.30 am. Priyanka will also accompany him to Wayanad. He will take a helicopter ride to Wayanad, about 90 km from Kozhikode, and it will land at the SKMJ High School ground around 10 am.

Rahul will embark on a massive roadshow in Kalpetta at around 9.30 am before filing the nomination papers, according to Chennithala.

The security has been tightened in Kozhikode and Wayanad districts in view of the high-profile visits.

Congress President @RahulGandhi is received by a huge crowd of well wishers as he arrives in Calicut to file his nomination for the Lok Sabha elections from the Wayanad constituency. @INCKerala pic.twitter.com/aKcjl9lMOp

Reacting to the tumultuous response of the workers, Congress veteran Aryadan Mohammed told the media that in his long political career, he has contested 12 times but never seen such a response as what was witnessed at the Congress chief's visit. "He is going to win with a record margin, you just wait and see," Mohammed told news agency ANI.

Senior Congress leader and Kerala party general secretary in charge, Mukul Wasnik had claimed the announcement of Gandhi's candidature in Wayanad has enthused the people of the constituency and made a major difference in other states, including Tamil Nadu and Karnataka.

Rahul had expressed his desire to take the road route, but this was opposed by the Special Protection Group (SPG).

On Wednesday, Rahul reached Karipur Airport around 9.30 pm. After an overnight stay at a guest house, Rahul and Priyanka will leave for Wayanad in the morning.

Rahul earlier on Wednesday addressed a series of election rallies in Assam and Nagaland.

Thursday is the last date for filing of nominations from Wayanad, with polling for all of Kerala's 20 Lok Sabha constituencies to be held on April 23.

The seat has more voters from the Muslim and Christian communities in comparison to the Hindu majority outside and is also considered to be a safe seat for Rahul who is facing a stiff fight from BJP leader Smriti Irani in Amethi. T Siddique's name was initially finalised for the constituency, but later Rahul was nominated.