The party released a statement that Gorkha outfits while announcing their support said that BJP is the only political party which has always addressed to their issues and have worked for them. 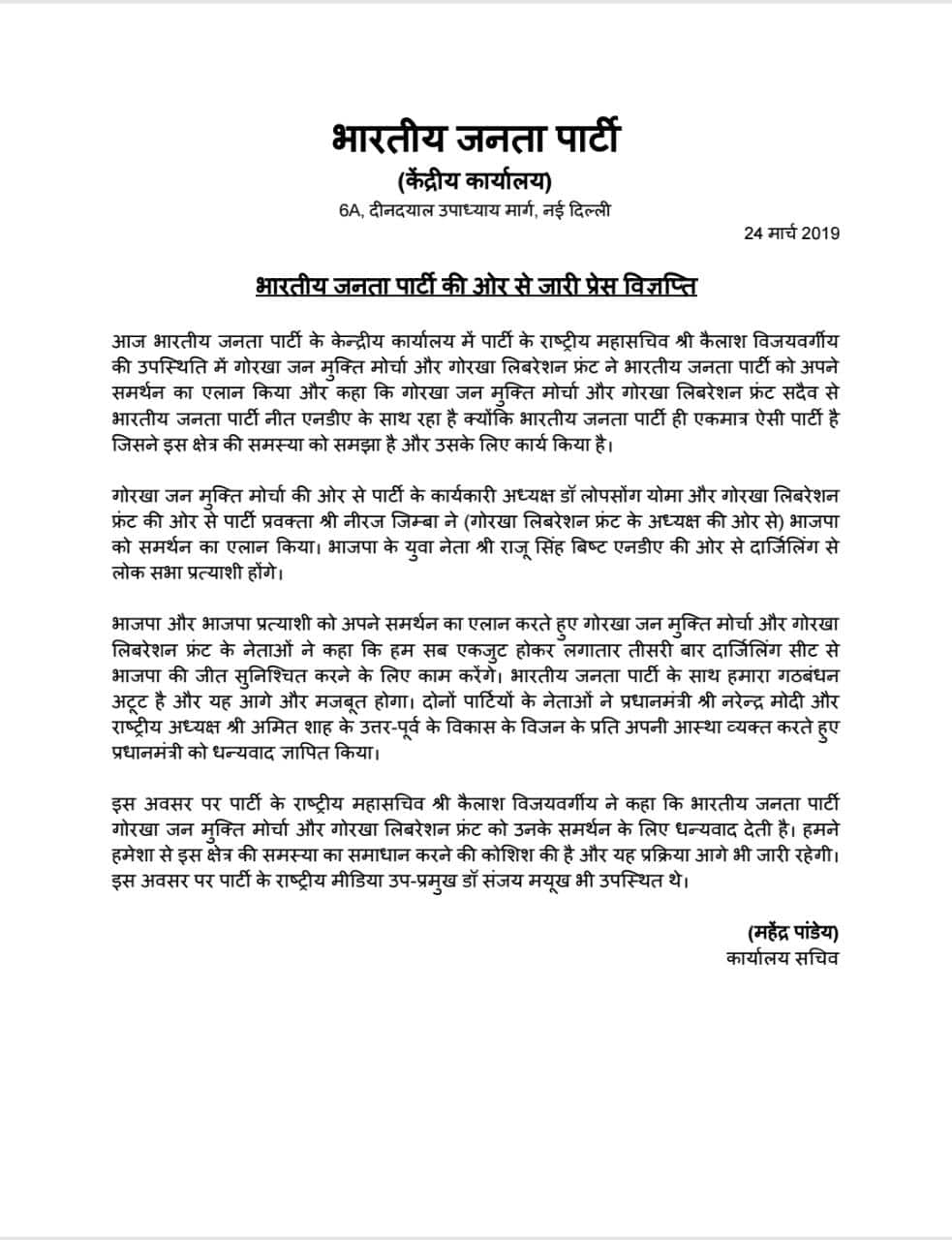 In the meantime, BJP today named young party leader Raju Singh Bisht as its candidate from Darjeeling seat for the Lok Sabha polls in place of sitting MP and Union minister SS Ahluwalia.

The BJP has been winning the Darjeeling seat with support from these Gorkha parties since 2009. Party leader Jaswant Singh was elected to the seat with active support from GJM in 2009 and SS Ahluwalia in 2014.

West Bengal Chief Minister and Trinamool Congress Mamata Banerjee has also managed to win over a section of the Gorkha leadership in a determined bid to wrest the seat from the BJP. The Trinamool has fielded Amar Singh Rai of the GJM faction, being led by former Bimal Gurung aide Binay Tamang, on the seat.