Lunches get political ahead of Lok Sabha election

The lunch hosted by Union Food Processing Minister Harsimrat Kaur Badal was the talk of the town as it was attended by women leaders of several parties. 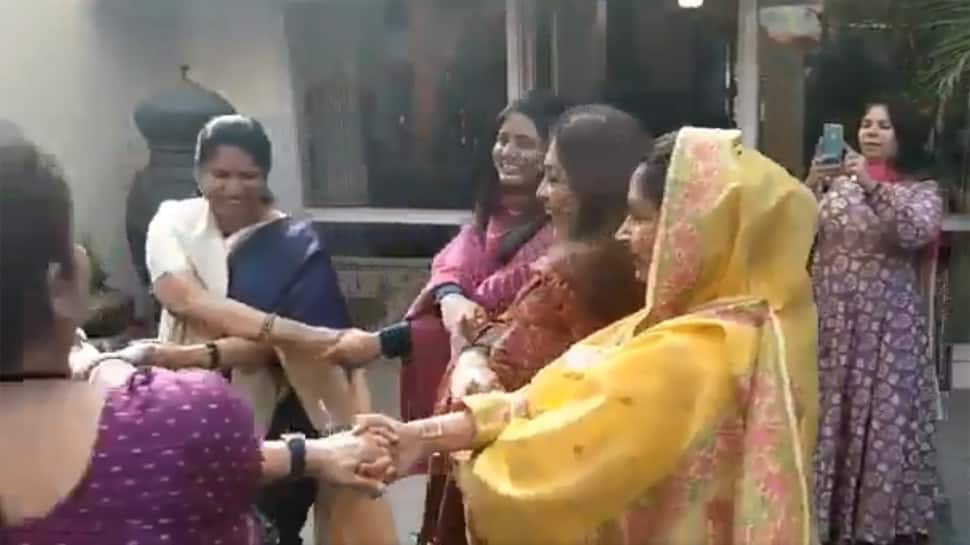 New Delhi: As the Lok Sabha election approach, lunches hosted by politicians are getting traction not only for the who's who attending them but also for the message these apparently send about the host's political stocks within his party and outside.

There have been quite a few lunches and get-togethers over the past few weeks, most of them being annual events. The events were hosted by leaders from across the political divide including the Bharatiya Janata Party (BJP), Congress and the Nationalist Congress Party (NCP).

The lunch hosted by Union Food Processing Minister Harsimrat Kaur Badal was the talk of the town as it was attended by women leaders of several parties.

A picture of the event, tweeted by Harsimrat Kaur Badal a day later, showed the women leaders holding each other`s hands.

"Life worked its magic on us yesterday afternoon, when a routine lunch became a trip to childhood," she said in the tweet. The lunch was held a day for before the day of interim budget.

Another lunch hosted by former Union Minister and NCP leader Praful Patel for journalists in the first week of January appeared to be a show of strength of opposition leaders who are coming together with the goal of defeating the BJP and ousting the Narendra Modi government in the coming Lok Sabha election.

They also posed for a group photograph as a message of opposition unity.

The programme, followed by lunch, was attended by several Union Ministers, besides editors from different media houses.

Most of the lunches were held around Makar Sakranti, which is celebrated across the country in different ways.

Apart from Deepender Hooda and his son, several second-generation Congress leaders were present including R.P.N. Singh and Madhu Goud Yaskhi.

Congress spokesperson Abhishek Manu Singhvi also hosted a lunch for media persons in the second week of January which was attended by several party leaders including Ahmed Patel and Dwivedi.