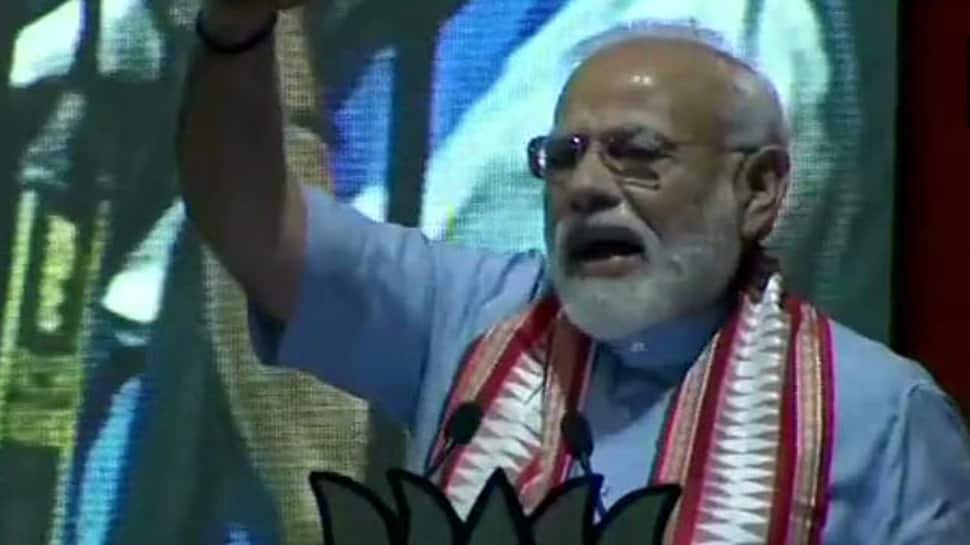 Attacking the opposition alliance against the BJP, PM Modi said two kinds of people who have a problem with 'chowkidar' - 'Maha Milawatis' (highly adulterated) and those who sponsor terrorists. The terrorists are afraid of the 'chowkidars' and he added that the blasts that happened previously in the country have stopped after the BJP came to power.

PM Modi in Gaya, Bihar: There are two kinds of people who have a problem with 'Chowkidar.' One type includes ‘Maha Milawati' and the second includes all those who sponsor terrorists. pic.twitter.com/t7VOrnNVH1

With a total of 40 Lok Sabha seats, Bihar will vote in all the seven phases, starting April 11. The last phase of election will be held on May 19 and the counting of votes is scheduled to take place on May 23.