Dhoni and Sakshi were pictured at a polling booth along with their four-year-old daughter Ziva. 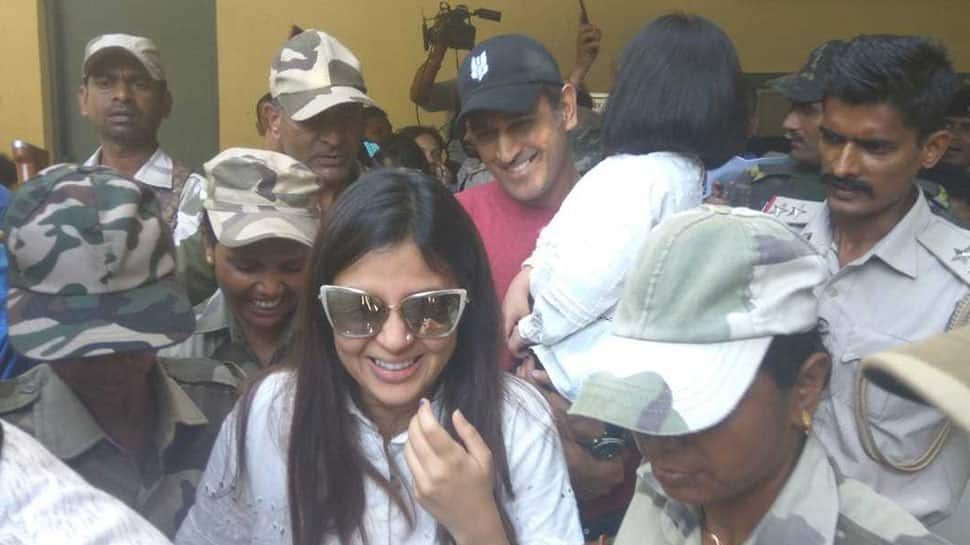 Dhoni and Sakshi were pictured at a polling booth in Jawahar Vidya Mandir in the state capital, along with their four-year-old daughter Ziva.

Dhoni is currently busy with the Indian Premier League (IPL) tournament in which he heads team Chennai.