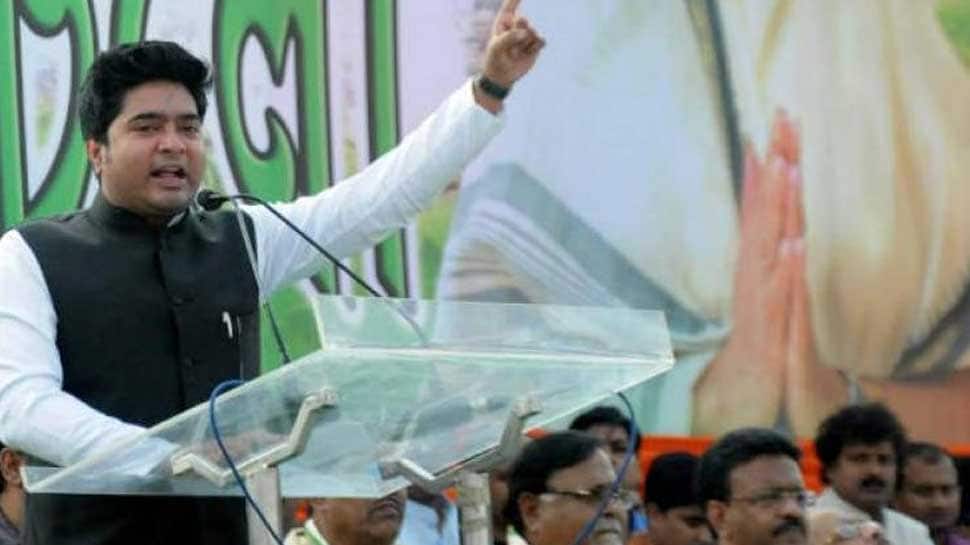 KOLKATA: West Bengal Chief Minister Mamata Banerjee's nephew and Trinamool Congress MP Abhishek has threatened to send a legal notice to Prime Minister Narendra Modi over latter's claim that the former was illegally occupying his party office in his constituency.

PM Narendra Modi had on Wednesday accused Abhishek of illegally occupying the building from where he runs his party office.

Abhishek had also reportedly asked PM Modi to apologise within 48 hours failing which, a criminal case will be initiated against him.

While campaigning in Abhishek's constituency Diamond Harbour, PM Modi had stated that the former has illegally occupied some offices here.

Abhishek, while campaigning for his party in his constituency, told reporters that he will send a legal notice if PM does not apologise.

Abhishek also expressed confidence that after May 23, the key of Prime Minister's residence will be with Mamata Banerjee.

Prime Minister Narendra Modi had on Wednesday hit out at Mamata Banerjee for her ''anarchist behaviour'' in the state and said that her nephew Abhishek Banerjee's office will be 'locked' up soon after the results of Lok Sabha polls.

"After election results, Didi`s nephew's office will be locked up. I was told that his office, as per Trinamool Congress (TMC) tradition, was built after occupying the public road. 'Didi,' your party has earned a lot by tolabaaji (extortion), at least do not occupy public roads for the construction of nephew`s office," PM Modi had said at an election rally here.

Abhishek Banerjee is the sitting MP of the Diamond Harbour parliamentary constituency in south 24 Parganas District.