The assault took place in the Moti Nagar area at around 6 pm on Saturday when the man, Suresh Kumar, had slapped and abused the Aam Aadmi Party (AAP) chief. 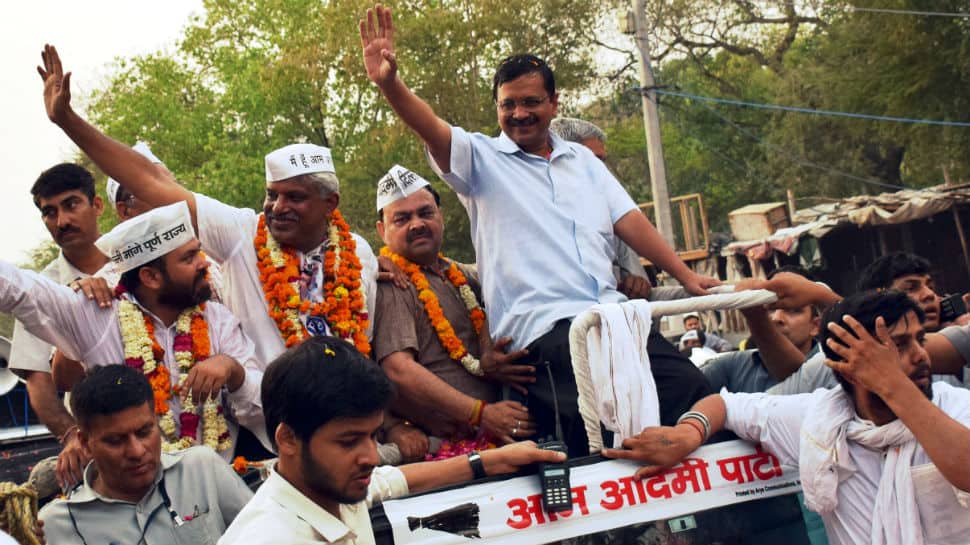 The man who assaulted Delhi CM Arvind Kejriwal during his roadshow in the national capital was granted bail on Wednesday. He got bail from the special executive magistrate (SEM) court.

The assault took place in the Moti Nagar area at around 6 pm on Saturday when the man, Suresh Kumar, had slapped and abused the Aam Aadmi Party (AAP) chief. He was taken into custody by the Delhi police for questioning and on Sunday an FIR was registered against the 33-year-old man under Section 323 (Punishment for voluntarily causing hurt) of the Indan Penal Code.

Delhi Police, after preliminary interrogation of the attacker, said that the accused is a scrap dealer in the area. He was a supporter of the AAP and used to work as an organiser of its rallies and meetings, it said.

During his interrogation, Suresh had told police that he over the time he got disenchanted due to the behaviour of AAP leaders. AAP's "distrust in the armed forces" had further angered him, according to the Delhi Police.

Additional PRO, Delhi Police, Anil Mittal had said that an inquiry by a DCP-level officer has been ordered to find out how this person was allowed to be in the reception/proximate group.

After the incident, AAP spokesperson Saurabh Bharadwaj had alleged that the Delhi Police had planted the man. "Delhi Police planting that man belonged to AAP, this is really shameful given the fact that the attacker's wife has herself said he was a 'Modi Bhakt' and did not like anyone talking against the PM. This is the same Delhi Police which had planted earlier that no 'mirchi attack' happened on the chief minister. It was later when the Delhi government provided CCTV footage to Delhi Police that left its political masters red-faced," Bharadwaj said.

Kejriwal was atop an open jeep when the man wearing a red t-shirt jumped onto the vehicle and slapped the chief minister before he was pulled off the jeep. Delhi Deputy Chief Minister Manish Sisodia slammed the BJP after the incident.  "Do (Narendra) Modi and Amit Shah want Kejriwal to be murdered," Sisodia tweeted, attacking the PM and the BJP chief.

Sisodia said the BJP could not break the morale of Kejriwal, nor could not defeat him in elections in five years. "Now you want him removed from your way like this. You cowards," he said in a tweet in Hindi.

Opposition BJP and Congress expressed "doubts" that the incident was the handiwork of the AAP to gain the sympathy of voters before the Lok Sabha polls in the city.

Meanwhile, Delhi Congress spokesperson Jitender Kochar alleged that the incident was stage-managed by Kejriwal for gaining the sympathy of Delhiites. "The incident is as an old move of Kejriwal to stage-manage attacks on him and then seek public sympathy. But people of Delhi will not succumb to this political manoeuvre by him," he said.

On his turn, Delhi BJP president Manoj Tiwari said that his party does not support violence. "But I have doubts as to why such incidents happen with Kejriwal in election time only. I doubt this incident may have been scripted by Kejriwal himself," Tiwari said.

The latest attack on Arvind Kejriwal was not the first time was assaulted during his roadshows or gatherings. In November 2018, a man smeared chilli powder on Kejriwal's face. The incident happened inside Delhi Secretariat.

Kejriwal has also been heckled and physically assaulted a lot of times. In February 2016, some people attacked Arvind Kejriwal's car with iron rods and sticks in Punjab's Ludhiana. A month before, a member of the Aam Aadmi Army, Arjun Arora, had thrown ink at Kejriwal.

During the 2014 Lok Sabha elections, some people threw eggs and ink at Kejriwal and other leaders of the AAP when he was campaigning in Varanasi constituency.