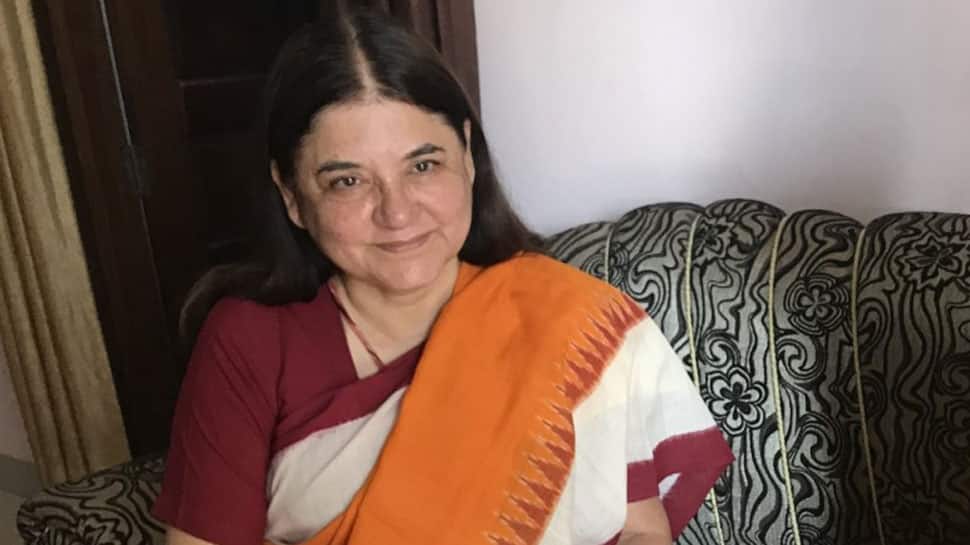 Union Minister Maneka Gandhi, who is the Bharatiya Janata Party (BJP) Lok Sabha election candidate from Sultanpur in Uttar Pradesh, has defended her comments during a rally which led to the Election Commission of India banning her for 48 hours from campaigning.

Speaking to Zee News, Maneka Gandhi called the entire controversy unnecessary. “I said whatever was in my heart.”

Maneka was banned from campaigning for 48 hours after her video asking Muslims to vote for her as they will need her once the Lok Sabha election is over surfaced online. "We are not Mahatma Gandhi's children that we keep giving and not get anything in return," she said in Sultanpur's Muslim-dominated Turabkhani area.

A sitting MP from Pilibhit, BJP has fielded Maneka from Sultanpur in this election where she faces Sanjay Sinh of Congress and Chandra Bhadra Singh of BSP.

Speaking on the BSP candidate, Maneka says, “There is no challenge here. But the candidate elected by BSP has a criminal record, which people don't like. The decent residents here do not want to vote for a criminal.”

When asked if the BSP candidates' criminal background can help her, Maneka quipped, “Maybe.”

Speaking on Congress leader Priyanka Gandhi, Maneka said, “Priyanka Gandhi is not a challenge. The question is not about the person, but the party.”

“Battles can't be fought by just a general, soldiers are needed. Parties members are like dal (pulses) while the leader is the chonkha (top seasoning). Where will seasoning go without the lentils? Congress has no lentils. Priyanka is not contesting the poll from Varanasi, she's just here for the media. Priyanka can't compete with Narendra Modi,” she added.

When asked if she'll campaign against Congress chief Rahul Gandhi in Amethi, Maneka said, “I don't visit Amethi in favour or against anyone.”

The 62-year-old admitted the SP-BSP combine is a challenge, but added that the coalition is not working on the ground. “This is still a coalition with visibility on the top. Caste factor is an issue in every election. If the (SP-BSP) coalition equation reaches the ground, it is a challenge. And if it's not at the grassroots levels, then it's not a challenge.”

On Mayawati and Mulayam coming together at an election rally, she said, “Friendship is always a good thing, why will we be enemies.”

Ending their 24-year rivalry, BSP supremo Mayawati shared the stage with Samajwadi Party patriarch Mulayam Singh Yadav at Mainpuri in UP on Friday.

Maneka also added that she had no opinion on the Ram Mandir issue in Ayodhya. “In Sultanpur, Ram temple is not an issue. Here the issue is renaming Sultanpur to Kushbhawanpur, after Lord Ram's son Kush,” she added.

“Development will be the main issue in Sultanpur – fixing the sugar mill. However, a new issued has cropped up – the issue of being thankful. Modi ji has worked in the last five years,” said the Union Cabinet Minister for Women and Child Development.