Maneka Gandhi courted controversy on Friday too when she was caught on camera asking Muslims in Sultanpur in Uttar Pradesh to vote for her or else she would not fulfill their requests. 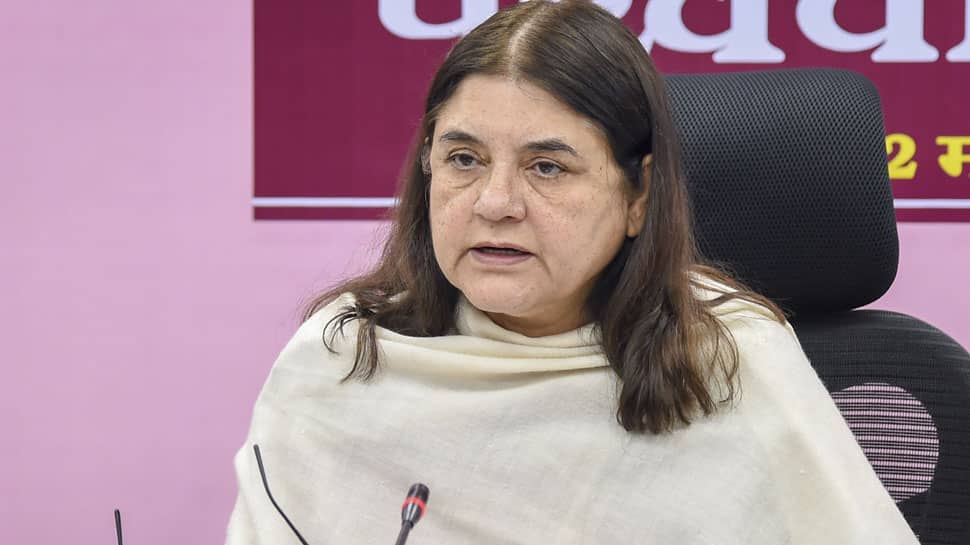 PILIBHIT: Union Minister Maneka Gandhi on Monday raked up a fresh controversy by saying that she categorises different villages as per the votes registered in her favour and she then carry out the development initiatives accordingly.

Addressing a public rally in Pilibhit, the parliamentary constituency which she currently represents, Maneka said, "We win in Pilibhit every time, so what is the parameter that we work more for one village and less for the other. The parameter is that we segregate all villages as A, B, C, and D. The village where we get 80 per cent votes is A, the village in which we get 60 per cent is B, the village in which we get 50 per cent is C and the village where we get less than 50 per cent is D. The development work first happens in all A category villages. After work at A category regions is done, then comes B and only after work in B is done, we start with C. So this is up to you whether you make it to A, B or C and no one should come in D because we all have come here to do good."

Maneka courted controversy on Friday too when she was caught on camera asking Muslims in Sultanpur in Uttar Pradesh to vote for her or else she would not fulfill their requests.

"I am winning and I am winning with the love and support of people. However, if my victory is without Muslim votes, I won't feel good about it. Later, if a Muslims comes to me for work, I won't be inclined to be responsive and will let it be. However, a job is also a negotiation. After all, we are not Mahatma Gandhi's sons that we keep on giving and still lose elections," Maneka had said.

She also asked the Muslim voters to understand that it is a give and take relation. "It is not that I will keep on giving without getting your support in return in elections. We are not children of Mahatma Gandhi," she said.

Maneka is fighting the upcoming Lok Sabha poll from Sultanpur, a seat won by her son Varun Gandhi in 2014. Varun, on the other hand, is contesting from his mother's seat Pilibhit.