Many friends in Opposition, Mamata Banerjee sends me gifts round the year: PM Narendra Modi interacts with Akshay Kumar

The interaction took place at 7 Lok Kalyan Marg in the national capital. 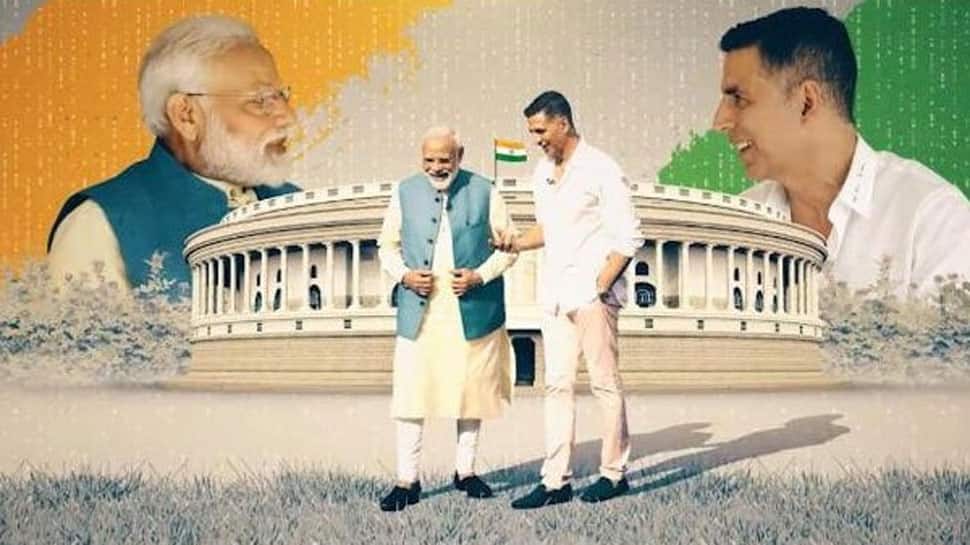 Amid the heat of the ongoing Lok Sabha election, Bollywood actor Akshay Kumar on Wednesday brought in a welcome respite by interacting in a non-political chat with Prime Minister Narendra Modi on Wednesday. The interaction took place at 7 Lok Kalyan Marg in the national capital.

Speaking to Kumar, PM Modi spoke on several aspects of his life including his family, his take on money, his journey to becoming the prime minister, friends in opposition, his nature, his sleeping routine among many others.

On asking if he has friends in the Opposition, PM Modi said that he has several friends with whom he meets and celebrates several times throughout the year.

"I'm friends with several leaders in the Opposition. Didi (CM Mamata Banerjee) sends me 'kurtas' once or twice a year," said PM Modi.

PM Modi, during the interaction, spoke about his sleeping hours, which is of merely three to four hours. He said that even former US President Barack Obama, who is a very good friend of his, asked him repeatedly to increase his sleeping hours as lack of sleep would harm his health. But PM Modi asserted that it has become his body cycle and he completes his sleep within those few hours.

On his journey to becoming the prime minister, PM Modi said that the thought never crossed his mind. He said his family background has been completely different and it was least likely that he would become a prime minister.

Baring his heart, PM Modi asserted that his first bank account was opened when he became an MLA. He added that he finds no use for money and had earlier given Rs 21 lakh to the children of his staff.

PM said he never gets angry as he believes that anger brings forth negativity. "I do not express my anger as it leads to negativity. I am strict and disciplined but I do not get angry or insult any person. If something unpleasant happens, then I write about it on a piece of paper and then tear that paper. I repeat the process again till the time I calm down. By doing this I feel that I have vent out my anger, in the end, I tear that away," said PM Modi.

Earlier, Kumar had shared a cryptic tweet hinting at venturing into unknown and uncharted territory. Kumar shared sneak peek videos of his chat on Twitter and Instagram.