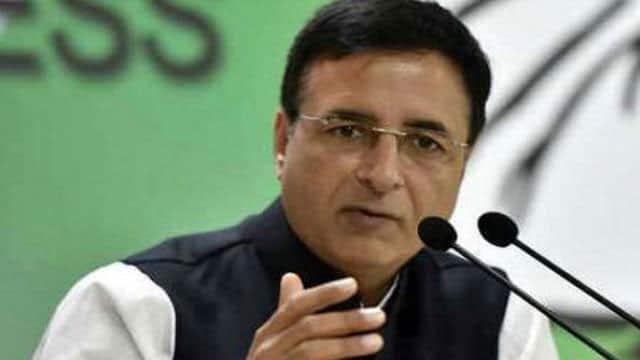 New Delhi: Soon after Priyanka Chaturvedi shifted loyalty and joined the Shiv Sena, Congress spokesperson Randeep Surjewala said it is a matter of pain for the party and wished her luck for future.

"Every time a party member leaves, it is a matter of pain for us. People look for career progression. We wish all of them well, including Priyanka Chaturvedi... I must frankly and on the record concede, yes, it is a reflection on my leadership," Surjewala said.

Meanwhile, Congress leader Jyotiraditya Scindia said, "My best wishes to Priyanka Chaturvedi. She has fought lots of battle with Congress. The incident involving her didn`t happen during my tenure. The people involved pleaded forgiveness from her."

Priyanka Chaturvedi, who was disappointed over the party`s decision to reinstate men who misbehaved with her at a press conference in Mathura last year, on Friday, joined Uddhav Thackeray-led Shiv Sena.

Shiv Sena is a BJP ally in Maharashtra.

Chaturvedi joined party shortly after she sent her resignation to Congress president Rahul Gandhi on Thursday.

While addressing a press conference in Matoshree along with the Shiv Sena chief, Chaturvedi said, "I was disappointed when those who were suspended following my complaint were reinstated. I am thankful to Uddhav ji, Aditya ji for giving me respect and welcoming me into the party and family."

"I know I will be held accountable for my past statements and my views and that how I came to this conclusion but I would like to say that this decision of joining the Shiv Sena I have taken after a lot of thought," she added.

We formed anti-Romeo squad in UP for people like Azam Khan: Yogi Adityanath