She added that after this results, whatever confidence people had in EVMs will disappear. 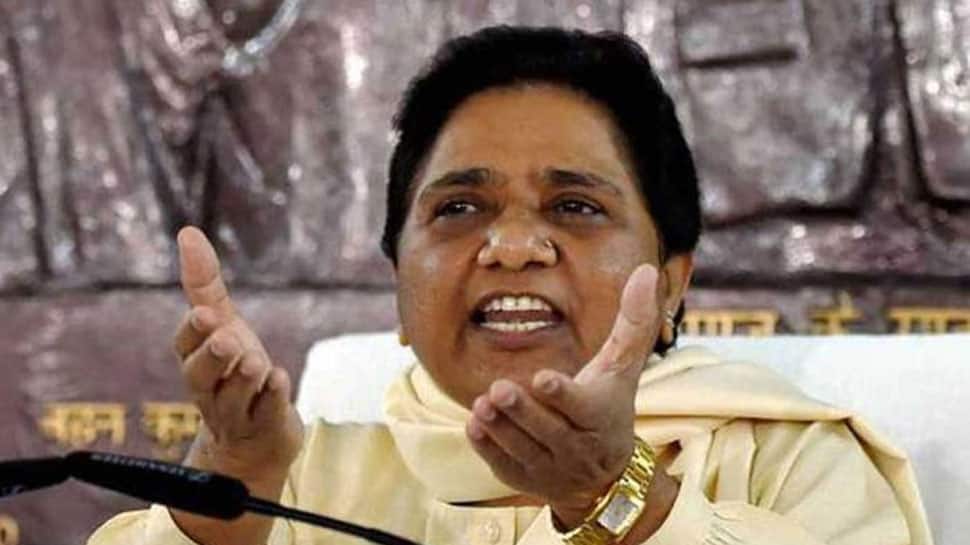 Lucknow: Terming the Lok Sabha poll results as unprecedented, BSP president Mayawati again raised doubts over EVMs on Thursday and indicated that her alliance with the SP and the RLD will continue.

"We had not contemplated that the alliance will fare so badly. People are not able to digest the poll results. It is against their sentiment and aspirations," she said.

Pointing fingers towards electronic voting machines (EVMs), the Bahujan Samaj Party (BSP) supremo said, "Several shortcomings of conducting elections through EVMs have come to our notice and there is opposition to EVMs all over the country."

She added that after this results, whatever confidence people had in EVMs will disappear.

"When all parties are demanding that elections be conducted through ballot papers, why are the BJP and the Election Commission (EC) not agreeing to it? This means there is something wrong somewhere," the former Uttar Pradesh chief minister said.

She alleged that though the opposition alliance had won some seats in the state, it was done purposely as part of a planning to show that there was nothing wrong with EVMs.

"There are some seats that we have won but they have been left as part of a planning to show that nothing wrong has been done with the EVMs. But at most of the places, there had been tampering of EVMs," Mayawati said.

Pointing out that the country had seen many changes in its political history, she said, "Representation of Dalits and the deprived sections has increased over the years, but the ruling BJP has totally hijacked it through the EVMs."

Asking why the demand of the opposition parties as regards EVMs was not being accepted in the wider interest of democracy, Mayawati said, "This goes on to bolster the doubt that something is wrong in the poll process. The Supreme Court needs to look at (the option of conducting) elections through ballot papers seriously."

She claimed that even though people were not satisfied with EVMs, they had to use the machines for exercising their franchise.

The BSP president also called for including the right to vote under the fundamental rights as enshrined in the Constitution.

She said the country was sadly watching how people in high positions bowed before those in power.

Indicating that her party's tie-up with the Samajwadi Party (SP) and the Rashtriya Lok Dal (RLD) will continue, Mayawati said the future course of action will be decided in consultation with the alliance partners as well as other parties who were at the receiving end.

She thanked the alliance partners, especially SP chief Akhilesh Yadav and RLD president Ajit Singh, for working honestly to ensure the victory of the coalition candidates.