Nitish said that his party JDU stands firmly with BJP as part of the NDA. 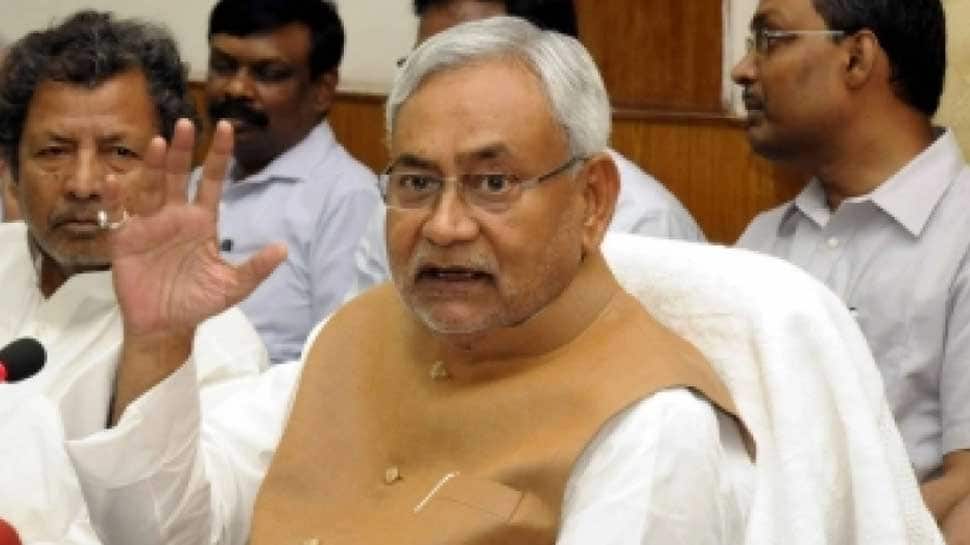 NEW DELHI: Bihar Chief Minister Nitish Kumar, who had on Thursday said that his party will not be part of the Narendra Modi government, on Friday rejected media reports that he was upset with the BJP leadership for denying three Cabinet berths to his party in the newly-inducted Council of Ministers.

Speaking to reporters, Nitish said, '' When I was told one ministerial berth will be given to the JD(U), I said we don't need it but I'll ask my party. I asked everyone, they said it's not appropriate that we show only symbolic participation when we're together. We're together and not upset.''

The veteran Bihar politician went on to say, ''I am seeing reports in newspapers that we had asked for 3 berths, this is false. We had not asked for any berth.''

Bihar CM&JD(U) leader N Kumar: When I was told one ministerial berth will be given to JD(U), I said we don't need it but I'll ask my party. I asked everyone, they said it's not appropriate that we show only symbolic participation when we're together. We're together, not upset. pic.twitter.com/xTLnYyiDM5

Kumar had on Thursday rejected PM Narendra Modi's offer of a single cabinet berth for his party ahead of the swearing-in ceremony at the forecourt of the majestic Rashtrapati Bhavan.

The Bihar CM said that there was "no question" of joining the Modi government now.

On his return to Patna on Friday after attending PM Modi's oath ceremony, Nitish Kumar said, "No one should have any confusion that the victory which was registered by NDA in Bihar - it's the victory of the people of Bihar. If somebody is claiming that this is his personal victory, then they are delusional."

It was earlier reported that Nitish had asked for two cabinet berths for his party during his discussion with BJP chief Amit Shah on Wednesday.

However, he was told that each BJP ally would be given one spot for "symbolic representation".

The BJP, with 303 seats in the 543-member Lok Sabha, is well past the majority mark of 272 and doesn't really need its allies in the National Democratic Alliance (NDA).

The Chief Minister said after consulting with his party leaders back in Bihar, he had told Amit Shah that the BJP's offer was unacceptable to his party and that allies should be given "proportional representation", not "symbolic representation".

Attempting to downplay the controversy, Nitish Kumar said that his party would remain firmly with the NDA.