Amit Shah launched the campaign from Ahmedabad by hoisting the BJP flag and putting up the party sticker on his house. 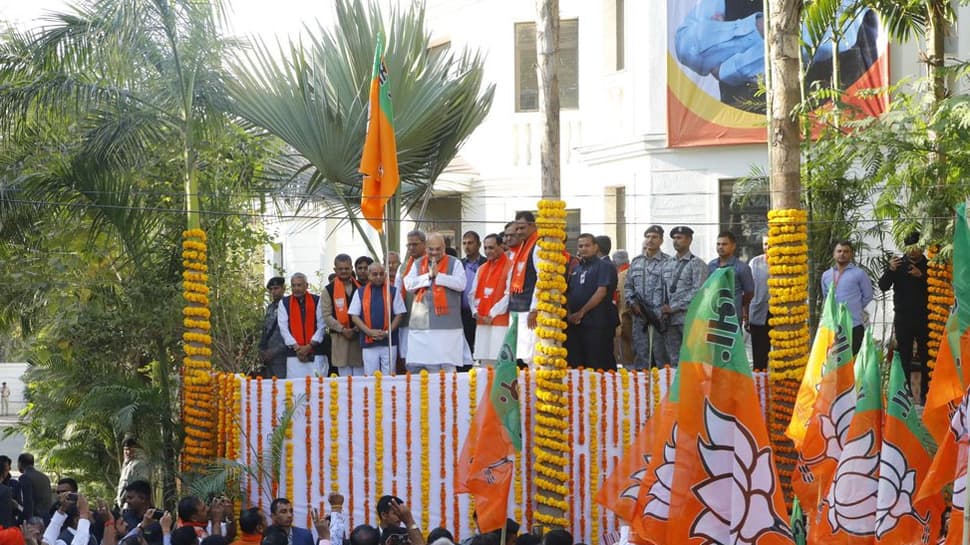 NEW DELHI: The Bharatiya Janata Party (BJP) gave another push to its Lok Sabha election campaign by kicking off its mega campaign 'Mera Parivar Bhajapa Parivar' on Tuesday. Under the nearly-month-long campaign, the BJP aims to put up the party flag at 5 crore houses across the country.

Party chief Amit Shah began the campaign from Ahmedabad by hoisting the BJP flag and putting up the party sticker on his house. The campaign will be formally kicked off from Pandit Deendayal Upadhyay auditorium, where the BJP chief will address party workers on the preparation of the Lok Sabha elections.

In an audio message, Shah appealed to the people to put up flags, click pictures with the same and post on social media to ensure that the Narendra Modi government comes wins the Lok Sabha election. He urged people to share their photos with the hashtag #MeraPariwarBhajapaPariwar. As the campaign got a green signal from the party chief, the hashtag has become one of the top trends on Twitter.

The nationwide campaign that began on Monday will culminate on 2 March and will be executed in four phases.

Later in the day, Shah will attend a cluster meeting of party leaders in Godhra for Panchmahal, Dahod and Chhota Udepur Lok Sabha seats in central Gujarat.

Incharges of the three LS seats, party office-bearers, sitting and former MLAs and MPs from the region will attend the meeting.

Narendra Modi to return as PM, 'not fair' to view Nitish as claimant for top post: Prashant Kishor