Ministerial aspirants started lobbying on Tuesday, with Chief Minister H D Kumaraswamy was reportedly planning cabinet expansion or reshuffle in a bid to save the Congress-Janata Dal (Secular) coalition government in Karnataka. 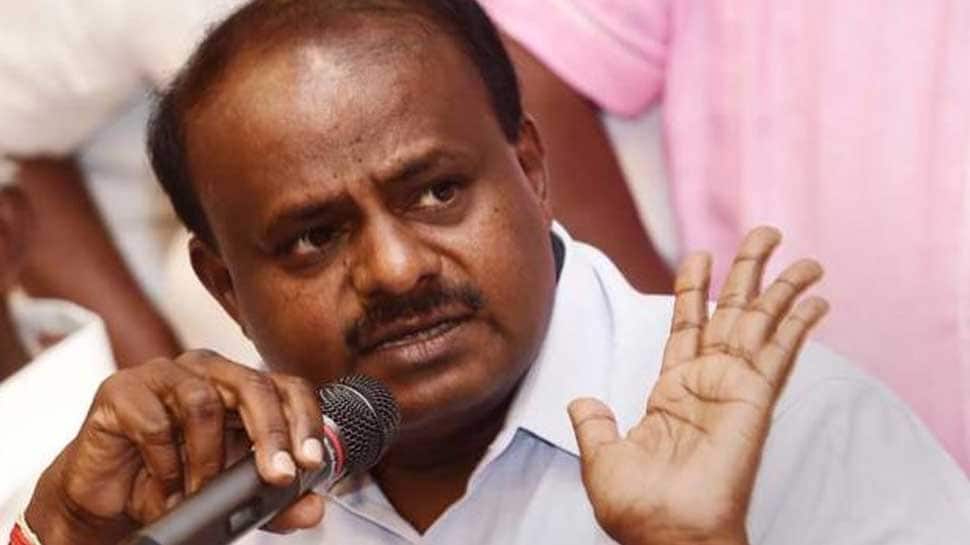 Bengaluru: Ministerial aspirants started lobbying on Tuesday, with Chief Minister H D Kumaraswamy was reportedly planning cabinet expansion or reshuffle in a bid to save the Congress-Janata Dal (Secular) coalition government in Karnataka.

The development came as Kumaraswamy himself swung into action by personally meeting disgruntled legislators, mainly from the Congress and made attempts to pacify them.

Senior Congress legislator, V Muniyappa, who is also political secretary to the Chief Minister, met Kumaraswamy and is said to have expressed his desire to become minister this time.

"I have seniority, I have six terms, I have experience both administrative and political, so why can't I claim?" Muniyappa told reporters in response to a question.

Claiming that he has not made any demand for a ministerial post to the Chief Minister during the meeting, he said, "I have not spoken to the CM about it, I have come for a discussion about constituency, but I have asked my party about it."

Meanwhile, Congress' "troubleshooter" minister DK Shivakumar, who returned from a foreign trip last night, swung into action to save the coalition government and took independent MLA Nagesh, who was reportedly in touch with the BJP, to the Chief Minister.

Nagesh after meeting the Chief Minister made it clear that he was looking for only ministerial post and not any board or corporation chairman post. "When they have got benefited from us, they should do something for us in return, I have spoken to the CM about it. DK (Shivakumar) has also said injustice has happened to me, he is the one who brought me to CM," he said, adding that "Congress will come to a decision and will accommodate me."

Nagesh along with KPJP MLA R Shankar had earlier withdrawn support extended to the government, siding with the BJP, but subsequently met Congress Legislature Party leader Siddaramaiah expressing willingness to become associate members of the Congress.

Another Congress MLA and former Chief Minister Dharam Singh's son Ajay Singh too has thrown in his hat into the race to become minister.

"I was earlier too aspirant for minister post, I'm aspirant now also. Our party leaders are there they will take a decision. I'm not saying he or she should be removed, I'm only saying giving me also an opportunity," he said.

Amid reports that Kumaraswamy will reshuffle his cabinet to save the coalition government, the JDS-Congress Coordination Committee Chief Siddaramaiah Tuesday said it would only be an expansion to fill three vacant posts.

But, there are also reports quoting top sources in the government that some ministers may be asked to step down to make way for disgruntled legislators, with an aim to keep the government safe.

Out of 34 ministers, Congress and JD(S) have shared 22and 12 respectively according to the coalition understanding. Currently, three posts are vacant, two from JD(S) and one from the Congress.

Amid simmering discontent within the Congress, the coalition leaders fear that the BJP, spurred by the Lok Sabha poll outcome in which it bagged 25 of the 28 Lok Sabha seats in the state, may poach some MLAs.

Jarkiholi, who has been hobnobbing with the BJP for some time, had threatened to resign from the party along with some MLAs after the Lok Sabha polls.

The BJP had predicted the collapse of the coalition and increase in its tally in the assembly after the LS poll results, claiming that 20 odd Congress MLAs are unhappy and may take any decision anytime.

Coalition partners Congress and JD(S) managed to win one seat each in the Lok Sabha polls. The Chief Minister on Monday had met Jarkiholi's confidant and Athani MLA Mahesh Kumathalli and is said to have promised to look into their issues, including Jarkiholi's induction into the cabinet.

In the backdrop of Monday's meeting Kumathalli met Jarkiholi and held discussions. "I'm not aspirant for minister or boards and corporation post, even if it is given I will not take. I want development of Athani and water issue there to be addressed, "Kumathalli told reporters, without divulging about his meeting with Jarkiholi.

Amid all these developments, Kumaraswamy held talks with Siddaramaiah and Congress state chief Dinesh Gundu Rao on the political situation.