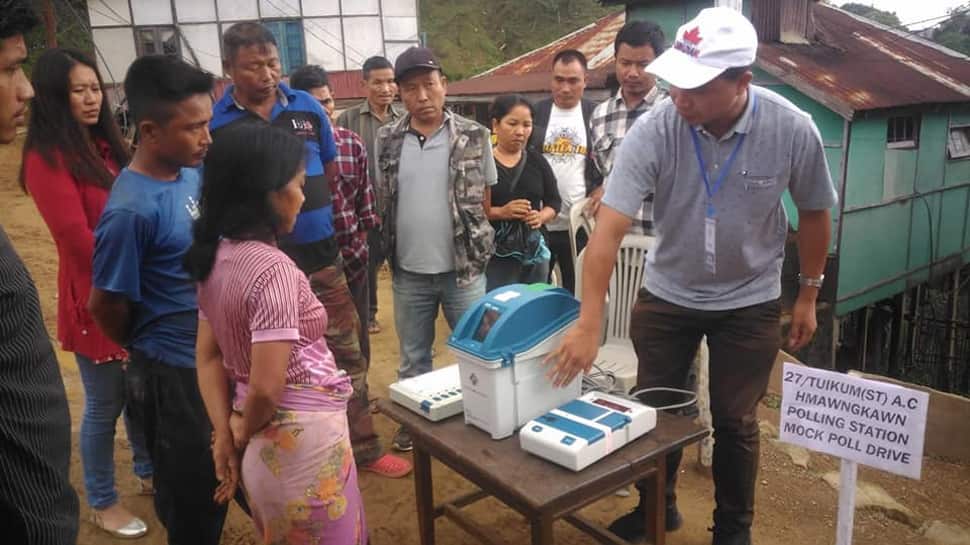 Six candidates are eying the lone Lok Sabha seat in Mizoram as the state went to polls in the first phase on April 11.

The first phase of voting in the lone constituency of Mizoram saw at least 60 per cent of the electorate exercising their franchise on the seat. The fate of teh six candidates will be decided on May 23 when counting of votes takes place and the result is declared.

The candidates who will be trying their luck in the general election from the seat are - ruling Mizo National Front's C Lalrosanga, Lalnghinglova Hmar an Independent supported by the opposition Zoram People's Movement (ZPM) and the Congress, Bharatiya Janata Party's (BJP) Nirupam Chakma, TBC Lalvenchhunga of People's Right to Identity and Status of Mizoram (PRISM) and two Independents Lal Hriatrenga Chhangte and Lalthlamuani.

The sole Lok Sabha seat in Mizoram has an electorate of 7,84,405 voters for which the Election Commission will be setting up 1,175 polling stations. Fifteen special polling stations were set up at Mizoram-Tripura border Kanhmun village for 12,000 Bru voters who stay in the six relief camps in North Tripura district.

However, his performance in 2009 was way better than his 2009 record where he won by over a margin of 1 lakh votes. Ruala had bagged 213,779 votes as against Independent candidate Dr H Lallungmuana who had secured 104,824 votes. Rualpawla, who stood at the second spot in the 2014 election, was at the third spot in 2009 with merely 4,089 votes.