BJP and TMC are bitter rivals in West Bengal for the upcoming Lok Sabha 2019 election. 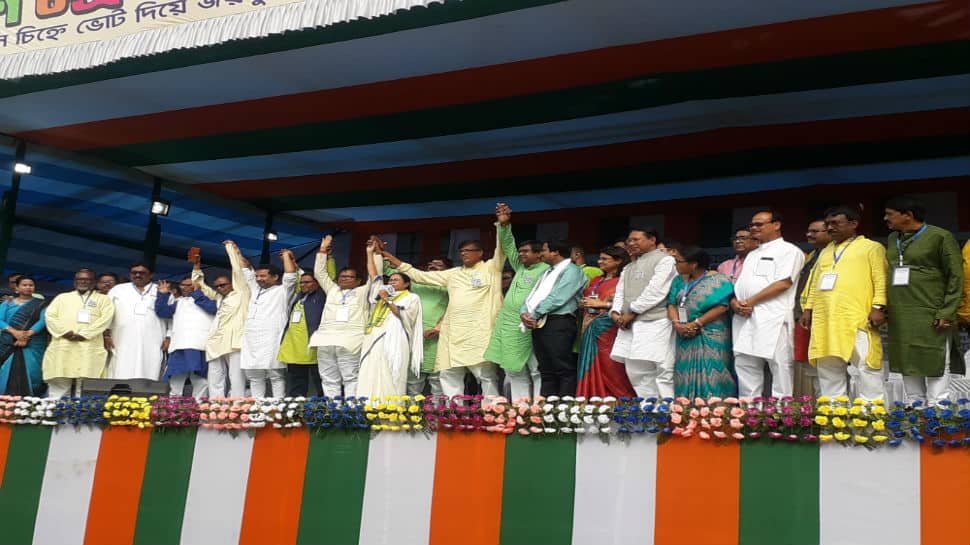 Mamata Banerjee on Monday borrowed characters from Mahabharata to attack Prime Minister Narendra Modi and Amit Shah with. Speaking at an election rally in Cooch Behar just a day after PM Modi's Sunday rally here, the Trinamool Congress chief minced no words in targeting him and BJP national president Shah.

While the PM Modi and Shah have both been blistering in their verbal attack against Mamata, the West Bengal CM has been no less fierce. On Monday, she compared the two to Duryodhan and Dushasan - characters in the Hindu epic Mahabharata who fought against the Pandavas. "The two of them are Duryodhan and Dushasan. This is not Bengal election but Lok Sabha election. Why are you (Modi and Shah) asking questions to me when this is your performance review? You have not done even 1 per cent of the work that I have done," she said at a rally with a sizeable turnout.

While PM Modi had targeted Mamata over chit fund scams in the state of West Bengal, she returned fire by asking why the promised money to the poor never came. Predicting that the upcoming Lok Sabha election will show BJP that people at large have seen through their promises, Mamata also refuted allegations of political violence levelled time and again against TMC.

Both BJP and TMC are unwilling to give even an inch to each other in what is expected to be a closely-fought election in West Bengal. In the first phase of voting across the country - on April 11, Cooch Behar and Alipurduars parliamentary constituencies will participate.

(With inputs from Kamalika Sengupta)