Nationalism, sacrifice of soldiers as much a poll issue as farmer deaths: PM Narendra Modi

Referring to Balakot airstrikes, PM Modi said that India has now made a name for itself at the international level. 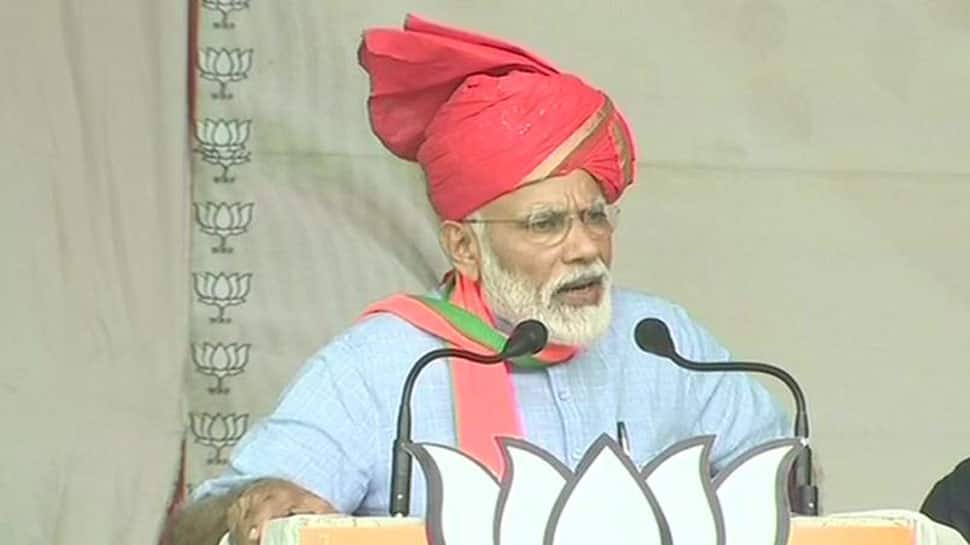 NEW DELHI: Rejecting opposition's claim that he was using armed forces for winning the Lok Sabha poll, Prime Minister Narendra Modi on Monday said that nationalism and martyrdom of soldiers are as much an election issue as the death of farmers.

The prime minister made the remarks in an interview to Doordarshan and Rajya Sabha TV. PM Modi said that terrorism has been affecting Indians for the last 40 years and it is high time that people should be told about this. "If we don't tell them what our views are on this, then what is the logic in that? ...Can any country move ahead without the feeling of nationalism," he said.

Referring to Balakot airstrikes, PM Modi said that India has now made a name for itself at the international level. He added that earlier India was an audience but we are player now. Modi remarked that earlier the world was bipolar but it is now interconnected and India cannot remain isolated.

Talking about BJP's 'Sankalp Patra', PM Modi said that it is for the first time in Indian history that a party has decided to allow the people to judge it performance mid-way during its tenure. He added that the BJP has also prepared its targets for 2022 and 2024. PM Modi noted that the party has pledged to achieve 75 targets by 2022.

During the interview the prime minister also talked about the threats issued by PDP leader Mehbooba Mufti and National Conference president Farooq Abdullah and said the two leaders have always exploited the people of Jammu and Kashmir emotionally. He noted that Mehbooba and Farooq had appealed to the Kashmiris to boycott the Lok Sabha poll but the people in the state are not willing to listen to their call. Modi added that 70% voting was recorded when both parties had given a call to boycott the poll.

PM Modi stressed that he was against dynasty politics and his fight against the Gandhi family was not personal and is based purely on issues. "Dynastic politics is the most dangerous thing for a democracy," he said.

The prime minister also took a dig at Congress's 'NYAY' or minimum income promise, saying by announcing this scheme the grand old party has finally accepted that they have not done justice with the people of the country during their regime. "Will they give nyay (justice)?," he asked, referring to the 1984 anti-Sikh riots.

When asked that there is a feeling among people that BJP has weakened in Gujarat, PM Modi said that the BJP fought on just 12 seats in the state in 1987-88 and had won on all these seats. He added that BJP will win all 26 seats at stake in Gujarat because the people in the state like development.

Talking about the chances of his party winning the Lok Sabha poll, PM Modi said that there is an "unprecedented wave of support" for the BJP. PM Modi added that he had not seen such wave in favour of BJP even in 2014.