Navjot Singh Sidhu appears to have made it a habit to court controversies and in his latest attempt to attack BJP, has chosen to focus on Sambit Patra. 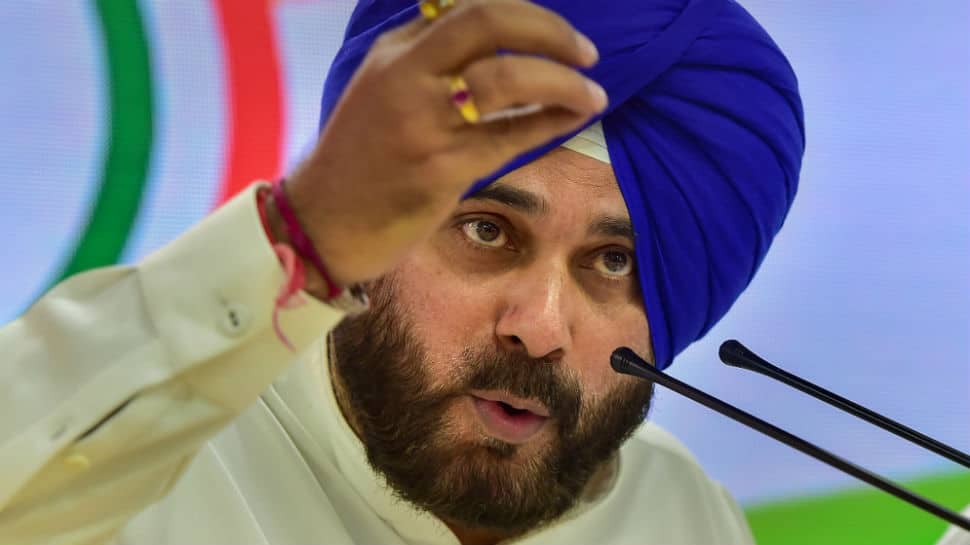 New Delhi: Navjot Singh Sidhu has been known more for his recent controversies than his cricket and comedy combined and on Sunday, the Congress leader was at it once again when he chose to compare BJP's Sambit Patra to a frog.

Attempting to accuse BJP of having been soft on issues crucial for women in the country, the Punjab leader targeted Patra for being ineffective. "What's his name? Tinku Tatra or Patra, that frog who keeps doing trr, trr but a koel keeps quiet. Why give him importance? He talks of women empowerment, of respect for women. You (Patra) have put your photo on the Ujjwala Scheme with a woman who herself is not able to buy an LPG cylinder and is using wood," he said, going on to mimic women who blow on open stoves to cook their food.  There was hardly any response from the crowd which prompted Sidhu to ask people to applause in his TV host style. "Thoko taali (Clap)," he urged, getting some unenergetic claps in response.

Sidhu has been trying to target BJP, a party that has repeatedly called his bluff and highlighted his inabilities as a Punjab minister. The BJP, previously, also questioned Sidhu's closeness with Pakistan PM Imran Khan because he chose to go for his swearing-in ceremony. He was also photographed with a pro-Khalistan leader when he had gone to Pakistan for a second time - for the groundbreaking ceremony of the Kartarpur Sahib corridor.

While Sidhu's defence has been weak, his counter-attacks have been rather comic, bordering on controversial. On Saturday, he had compared PM Narendra Modi's governance in the last five years to British colonial rule in India. "People of Indore, you have the power to rid the country of these black Englishmen," he had said.

On the same day, he had followed his racist statement with a sexist remark by saying PM Modi is like a bride who only pretends to work.

Sidhu has been a repeat offender when it comes to making controversial statements. He was barred from being a host on a popular TV show in February after he had urged that Pakistan should not be blamed for the Pulwama attack on a CRPF convoy. This and many other such remarks have not just resulted in social media boycotts but also invited the ire of people at large. Political rivals have been demanding his resignation as a Punjab cabinet minister as well. Congress, however, has made him a star campaigner in several states this Lok Sabha election.