As per the list, Pawar's daughter Supriya Pale will contest on the party ticket from Baramati.

New Delhi: The Nationalist Congress Party on Thursday announced the first list of its candidates in Maharashtra and for the lone seat in Lakshadweep. The list comes barely two days after NCP chief sharad Pawar announced that he will not contest the upcoming general elections.

As per the list, Pawar's daughter Supriya Sule will contest on the party ticket from Baramati. She has represented the seat since 2009. Prior to that, the seat was held by Sharad Pawar. He had held it from the 1991 by-election till 2009.

In 1991, the seat was briefly held by Sharad Pawar's nephew Ajit Pawar. 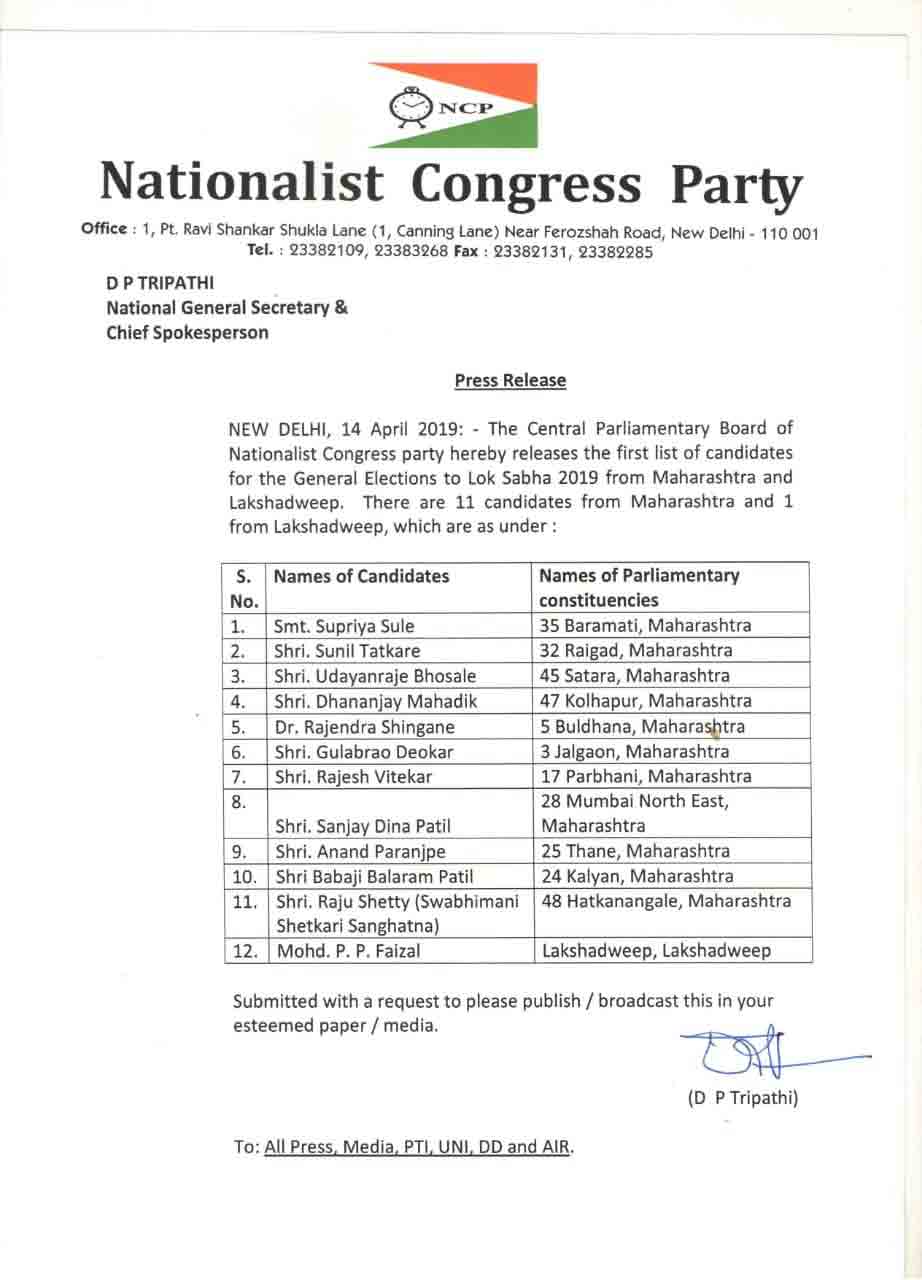 
On Monday, Pawar had announced that he would not contest the next month's Lok Sabha polls.

The veteran politician had said that as two members of his family are going to contest the polls "somebody had to step back."

He had said that his nephew and former deputy chief minister Ajit Pawar's son Parth will be the NCP's candidate from Maval Lok Sabha constituency. "I have withdrawn my candidature from Madha constituency as I wish to make way for other members in the family. Many people asked me to rethink my decision, but I am 79 years old now. There is a time to stop," he said. "I enjoy people appealing to me. I have personally insisted Vijaysinh Mohite Patil, the sitting MP from Madha LS seat to contest the election again," he added.