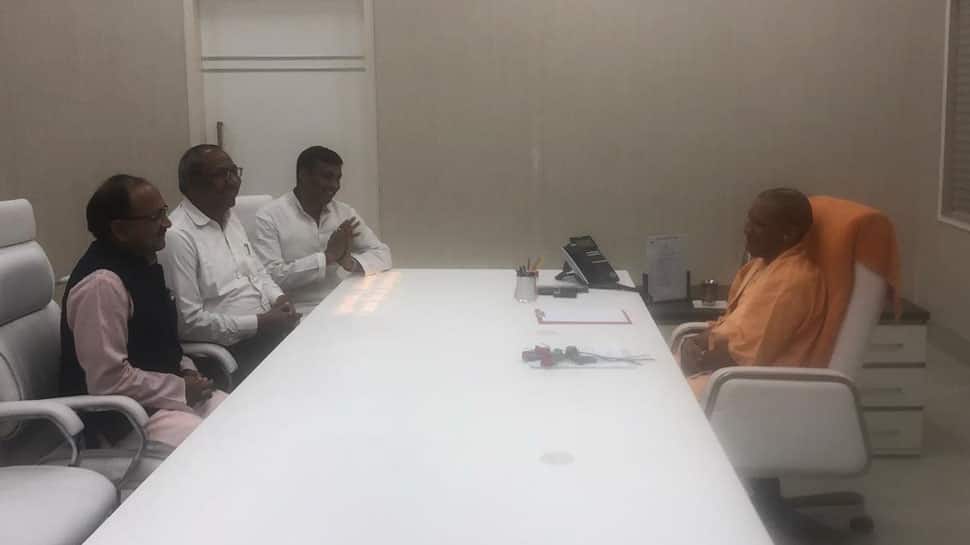 There was no immediate word from either side as to what transpired at the meeting between the Nishad Party leaders including its President Sanjay Nishad with Adityanath in Lucknow.

"There was a conflict between the two parties on Maharajganj seat as Nishad Party wanted to contest with its own party symbol whereas Samajwadi Party was not ready for it," he added.

The party workers were not willing to contest on the SP symbol and many of them began quitting, he said. "So, our national president Sanjay Nishad ji went to Lucknow and on late Thursday it was confirmed that the Nishad Party is no more a part of the alliance," he added.

When asked whether Pravin Nishad, MP, will also quit Samajwadi Party, he said, "I don't know about it."

The Nishad Party is headed by Sanjay Nishad, the father of Pravin Nishad who had won the Gorakhpur parliamentary seat on an SP ticket in the 2018 by-polls.

The win had been remarkable, as Gorakhpur was considered a bastion of Adityanath, who had represented the parliamentary constituency several times before.

A Nishad Party insider accused SP chief Akhilesh Yadav of backtracking on his promises. "They did not put our name on the posters/letters or anything. Our party workers, authorities, core committee were upset," he said.

"So, the Nishad Party has taken a decision today that we are not with the 'gathbandhan', we are free, can fight elections independently and can look for other options as well. The party is free now," he added.

When contacted, SP national spokesman Rajendra Chowdhury told PTI that he had no information of the decision taken by the Nishad Party.

Just three days ago on Tuesday, the Nishad (Nirbal Indian Shoshit Hamara Aam Dal) Party in a press conference in Lucknow had announced that it was joining the grand opposition alliance in the state.

On the day of the announcement, Sanjay Nishad had addressed a press conference in which he had attacked Prime Minister Narendra Modi calling him a 'jumlebaz' as well as Adityanath. "Our constitution, youth and farmers' futures are in grave danger. People voted for a 'jumlebaz' party cause of their false promises," he had said.

The Nishad Party, sources said, is in talks with the Bharatiya Janata Party (BJP) for some seats including Gorakhpur.