Hitting out at Rahul Gandhi, Union minister Prakash Javadekar on Tuesday said the fire at Delhi's Shastri Bhawan has not destroyed any files, as claimed by the Congress chief. 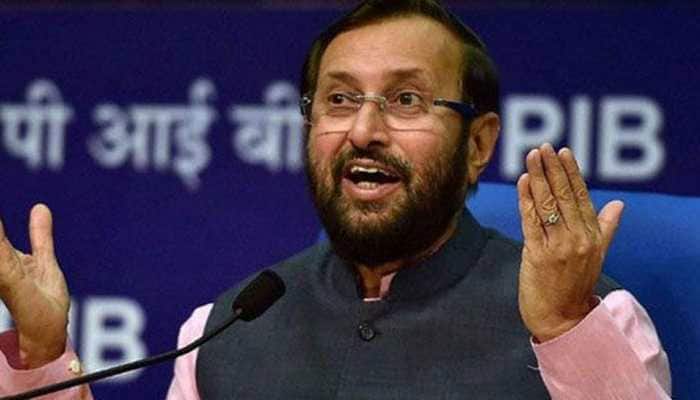 NEW DELHI: Hitting out at Rahul Gandhi, Union minister Prakash Javadekar on Tuesday said the fire at Delhi's Shastri Bhawan has not destroyed any files, as claimed by the Congress chief.

Taking a dig at Prime Minister Narendra Modi after the fire broke out at the building that houses offices of several ministries, Gandhi had said that burning files will not save the prime minister as his "day of judgement" is near.

"Stop peddling lies! The fire in Shastri Bhavan has caused no damage to any files. The waste and scrap kept on the top floor caught fire and was extinguished within 30 minutes. Do your homework before casting allegations. One more jhoot of Congress!" Javadekar tweeted.

"You are daydreaming of coming to power, which is not going to happen. People of India have already decided to repose their faith in @narendramodi ji's leadership. Your judgement day is coming soon. Wait for the shock," he added.

The fire broke out on the sixth floor of Shastri Bhawan here this afternoon and was brought under control with an hour.

"Modi ji burning files is not going to save you. Your day of judgement is coming," Gandhi had tweeted after the incident.

The cause of the fire is yet to be ascertained, officials said.