No problem if you don't vote for me, I'll still work for you: Varun Gandhi to Muslims

"I want to say just one thing to my Muslim brothers. I will be very happy if you vote for me. But even if you don`t, no problem at all. You can still come to me for your work," Varun Gandhi said. 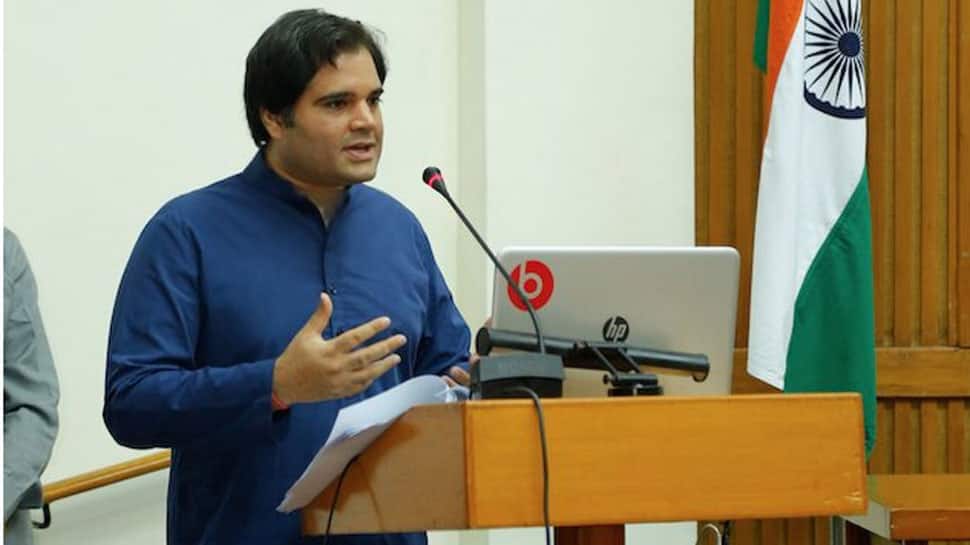 Pilibhit: Days after Union Minister Maneka Gandhi courted controversy for telling Muslims to "vote for her else she may not be inclined to be responsive to their requests," her son and Bharatiya Janata Party (BJP) MP Varun Gandhi also sent out a message to the community, which, however, is just in contrast to what his mother said.

Addressing an election rally in Uttar Pradesh's Pilibhit on Sunday, Varun was quoted by news agency ANI as saying, "I want to say just one thing to my Muslim brothers. I will be very happy if you vote for me. But even if you don`t, no problem at all. You can still come to me for your work."

"But if your sugar gets mixed with my tea, then my tea will become sweeter," he added.

The BJP has this time swapped the Pilibhit and Sultanpur constituencies between the mother-son duo. Varun who earlier won from Sultanpur is now contesting in Pilibhit while Maneka has been given a ticket from Sultanpur.

Maneka on April 12 had said in Sultanpur that her win from the Lok Sabha constituency was certain "with or without" the support of the Muslims and that they need to understand that it is a give and take relationship.

"I am winning and I am winning with the love and support of people. However, if my victory is without Muslim votes, I won't feel good about it. Later, if a Muslim comes to me for work, I won't be inclined to be responsive and will let it be. However, a job is also a negotiation. After all, we are not Mahatma Gandhi's sons that we keep on giving and still lose elections," the union minister had said, adding, "It is not that I will keep on giving without getting your support in return in election."

Her speech at the rally received severe backlash with Congress terming her statement as 'scandalous'.

However, she later issued a clarification and said her speech was played out of context.

The Election Commission of India (ECI) had issued a showcause notice to Maneka for her controversial remarks and later, the poll body barred her from campaigning for 48 hours.