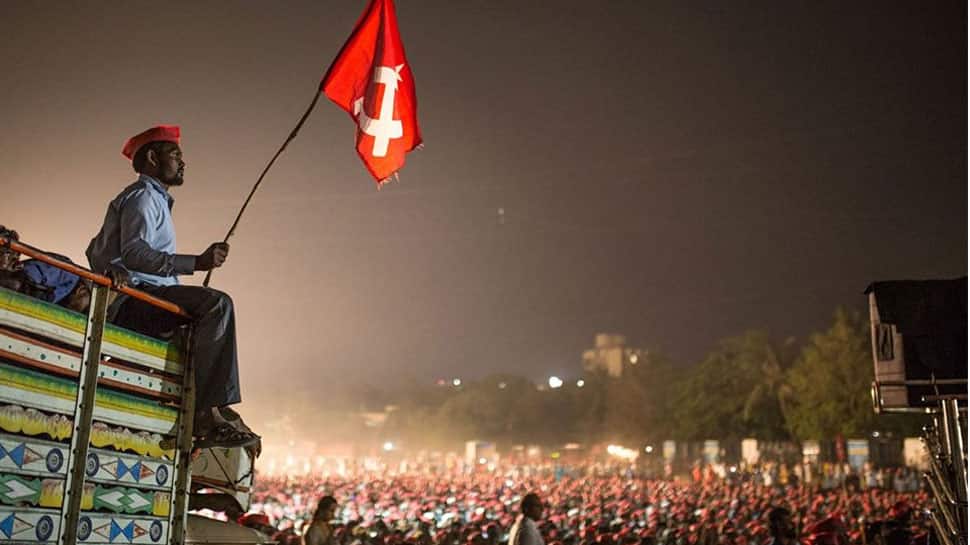 Left Front on Wednesday issued a press statement confirming that it will have no seat sharing arrangement with Congress in West Bengal for upcoming Lok Sabha poll.

The Left Front has also decided to field four candidates in the seats where Congress has sitting MPs - Malda Uttar, Malda Dakshin, Jangipur and Berhampore.

On Tuesday, the Left Front had given Congress 24 hours to respond to the seat sharing deal but the Congress did not response to the Left Front's call, leaving it with no option other than to contest the Lok Sabha poll alone.

The Left Front on Tuesday announced the names of candidates for 38 seats of the total 42 Lok Sabha seats in West Bengal.

Congress had announced the candidature of ex-union minister Deepa Dasmunsi and Abu Hena from Raiganj and Murshidabad constituencies respectively on Monday.

Dasmunsi is the widow of Congress stalwart late PR Dasmunsi and she will contest against sitting CPI(M) MP Mohd. Salim, while Hena will fight against Badarudozza Khan. Abhijit Mukherjee, the son of former President Pranab Mukherjee, will contest from Jangipur, while former West Bengal Congress chief Adhir Ranjan Chowdhary will fight the Lok Sabha poll from Berhampore.

BJP finalises names of candidates for 45 seats in UP, CEC to take final call: Sources