In a direct on Congress President Rahul Gandhi, the senior BJP leader said that Rahul's party was once against the idea of construction of Ram temple in Ayodhya. 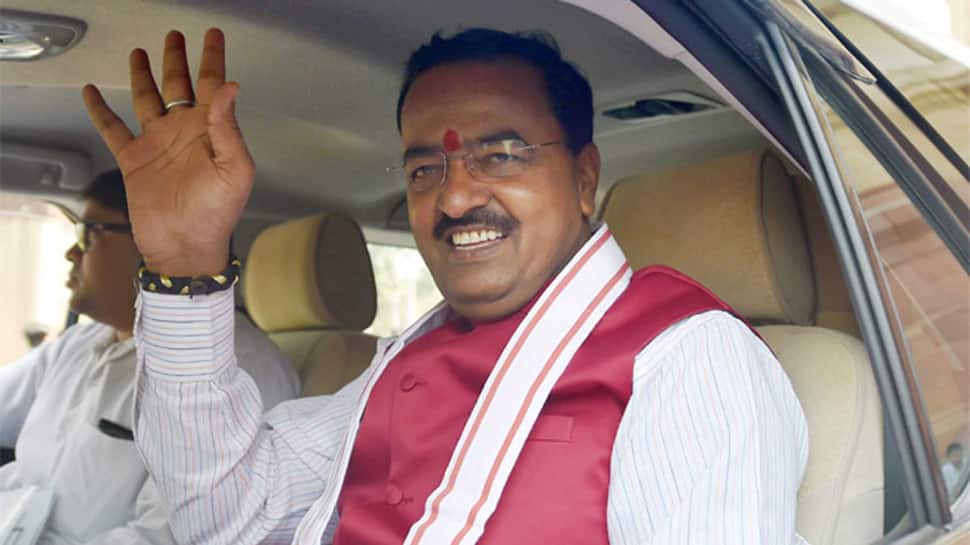 ALLAHABAD: Uttar Pradesh Deputy Chief Minister Keshav Prasad Maurya on Sunday remarked that the adoption of policy of 'soft Hindutva' by Opposition is an 'ideological victory' for the BJP and he would not be surprised if the BJP manages to win all 80 Lok Sabha seats in the state.

In a direct attack on Congress President Rahul Gandhi, the senior BJP leader said that Rahul's party was once against the idea of construction of Ram temple in Ayodhya but he is now talking about his janeu (sacred thread) and chanting Om Namah Shivay, PTI reported.

"As far as the Samajwadi Party is concerned, its founder Mulayam Singh Yadav had once ordered firing on innocent, unarmed and harmless Ram devotees (kar sevaks). And today, his son Akhilesh is coming to the Sangam and taking a dip (during Kumbh)," he told PTI.

Maurya also took a dig at West Bengal Chief Minister Mamata Banerjee, saying even she has to say 'Jai Mata Di' in her state.

"And I feel the day is not far when you will hear (BSP chief) Mayawati chanting Jai Shri Ram," the UP Deputy Chief Minister said.  "All these indicate our (BJP's) ideological victory," he asserted.

Maurya noted that the ideology of his party is based on the idea of national unity and integrity. "It talks of Sabka Sath, Sabka Vikas (together with all, development for all). It talks of justice to all and appeasement of none, and it does not differentiate people on the basis of caste or religion."

The UP Deputy Chief Minister also slammed the proposed anti-BJP alliance and said that those who are trying to forge an alliance with an aim to defeat Prime Minister Narendra Modi must remember that the people of the country have already decided to give one more term to PM Modi.

Maurya expressed confidence that the vote share of BJP will increase by at least 10 per cent in the upcoming General Election.