Only BJP and PM Modi can assure security of country: Amit Shah

Only BJP and Prime Minister Narendra Modi can assure the security of the country, asserted party chief Amit Shah on Sunday. 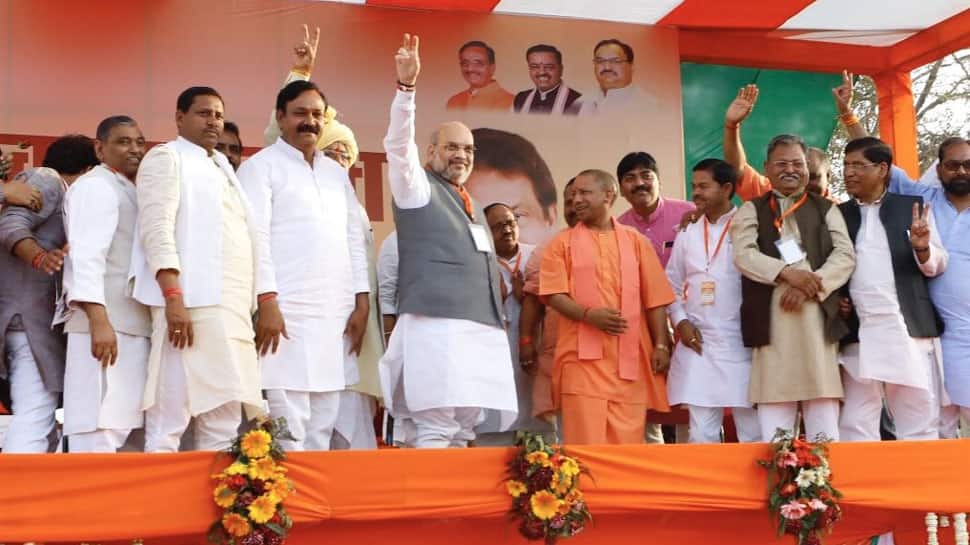 AGRA: Only BJP and Prime Minister Narendra Modi can assure the security of the country, asserted party chief Amit Shah on Sunday.

He also took a dig at leaders of the grand alliance and said, "Mayawati wants that Modi should be removed but says she wouldn`t contest elections. Same is with Akhilesh Yadav, Mamata Banerjee, N Chandrababu Naidu, MK Stalin and Sharad Pawar. They don`t want to fight the elections and are seeing the dream of removing Prime Minister Modi. They do not have a candidate for the Prime Minister`s post," the BJP chief said.

Asserting that this election is for development vs. corruption, Shah said, "On the one side Prime Minister Modi is taking the country ahead with development whereas on the other side there is a coalition of those who have self-serving intent of corruption and power."

"There was Sonia-Manmohan government in the country for 10 years. For 20 years in the state (UP), there was a government of aunt and nephew. However, for all these years they did nothing other than corruption. They did corruption and scams of over Rs 12 lakh crore," he said.

Referring to the recent air-strikes in Balakot in Pakistan, he said, "Previously there were only two countries - the US and Israel which would avenge the deaths of their soldiers. Prime Minister Modi has added the country`s name also to that list."BJP has fielded SP Singh Baghel from Agra. Agra will be going to polls in the second phase of voting on April 18. The counting of votes will be done on May 23.