Several leaders of opposition parties are likely to meet in the national capital on May 23 (Thursday) after the Lok Sabha Election 2019 results are announced. 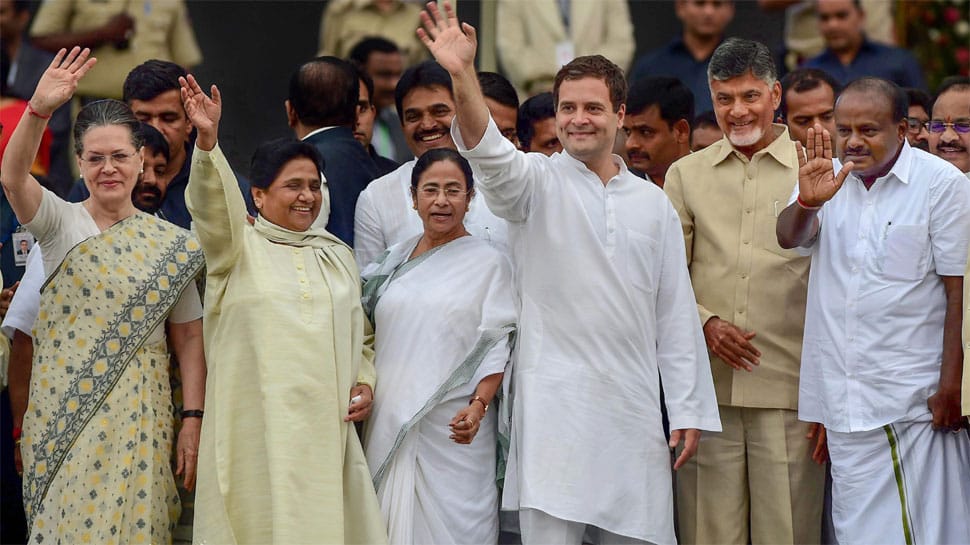 New Delhi: Several leaders of opposition parties are likely to meet in the national capital on May 23 (Thursday) after the Lok Sabha Election 2019 results are announced.

Andhra Pradesh chief minister and TDP supremo Chandrababu Naidu had earlier indicated that the all-party opposition meet will be held before the poll result is declared. However, West Bengal CM Mamata Banerjee told Naidu that such meetings are not very useful before the actual numbers are out and the results are declared, sources told Zee News.

The post-election opposition meet in Delhi is expected to be hosted by the Congress.

Polling for 483 seats out of a total of 543 Lok Sabha seats are already over. The final phase of the seven-phased poll will be held on May 19 where voting will be held in 59 constituencies across Bihar, Chandigarh, Jharkhand, Madhya Pradesh, Punjab, West Bengal, Himachal Pradesh and Uttar Pradesh.

Counting of votes will take place on May 23 and the EC said on Sunday that special measures have been put in place to ensure transparency. The EC will also hold a meeting, in connection with counting of votes, on Monday.