The fate of eight candidates will be decided on May 23 when counting of votes takes place and the result is declared. 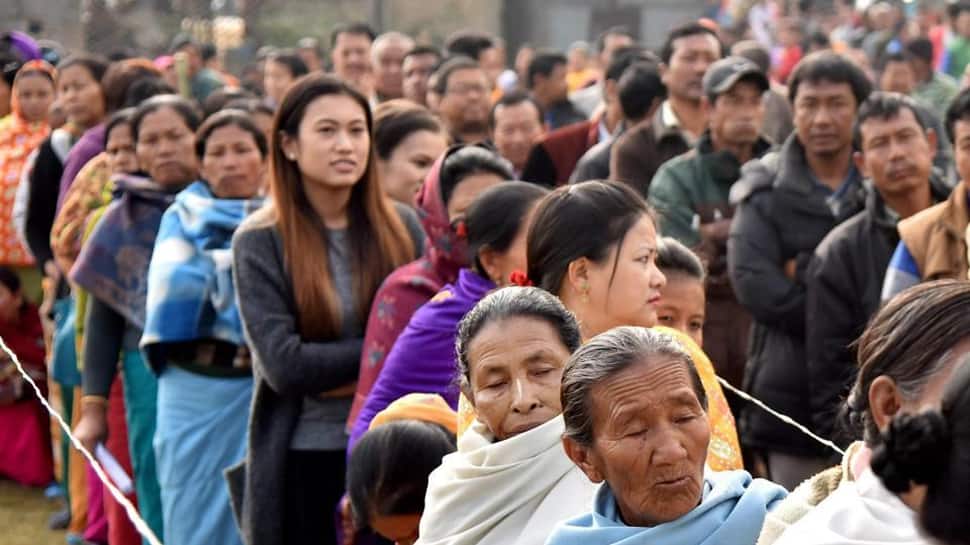 Outer Manipur is one of the two Lok Sabha constituencies in Manipur.

The first phase of voting in one constituency of Manipur ended on April 11 with at least 78.20 per cent of the electorate exercising their franchise in Outer Manipur Lok Sabha constituency. The fate of eight candidates will be decided on May 23 when counting of votes takes place and the result is declared.

In outer Manipur, 71.93 per cent or 7,73,817 voters exercised their franchise in the last election. Of the 10 candidates who were in the fray, the deposits of 8 of them were forfeited.

In the 2014 Lok Sabha election, Congress candidate Thangso Baite had won from the seat by a margin of 15637 votes. While Thangso Baite had secured 296,770 votes, he got a tough fight from Naga People's Front's Soso Lorho who bagged 281,121 votes.

In 2009, Congress leader Dr Thokchom Meinya had bagged 230876 votes to win the seat against his nearest rival Communist Party of India's Moirangthem Nara who secured 1,99,916 votes.