Over 2.5 crore voters to decide fate of 115 candidates in fray for 13 seats in Rajasthan in phase four

A total of 13 out of 25 Lok Sabha constituencies in Rajasthan are scheduled to go to poll in phase four of ongoing Lok Sabha poll on Monday. The polling for remaining 12 Lok Sabha seats will go to polls in phase five on May 6.

A total of 115 candidates are in the fray from 13 seats in the fourth phase. As per the available data, a total of 25776993 voters, including 13300801 males, 12476052 females and 140 third gender voters will cast votes phase four on Monday. The Election Commission has set up 28182 polling stations for smooth conduct of polls in this phase. 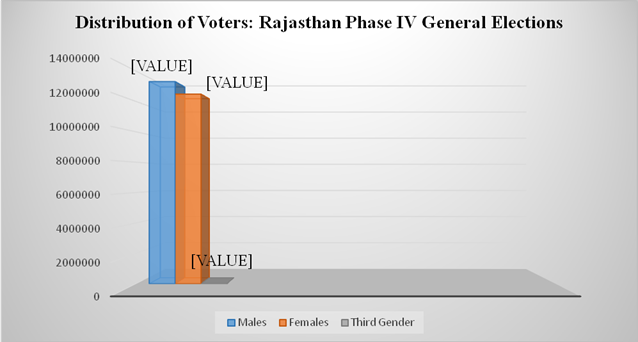