VK Singh has said that treating Pakistan as a friend will be the biggest weakness of India. 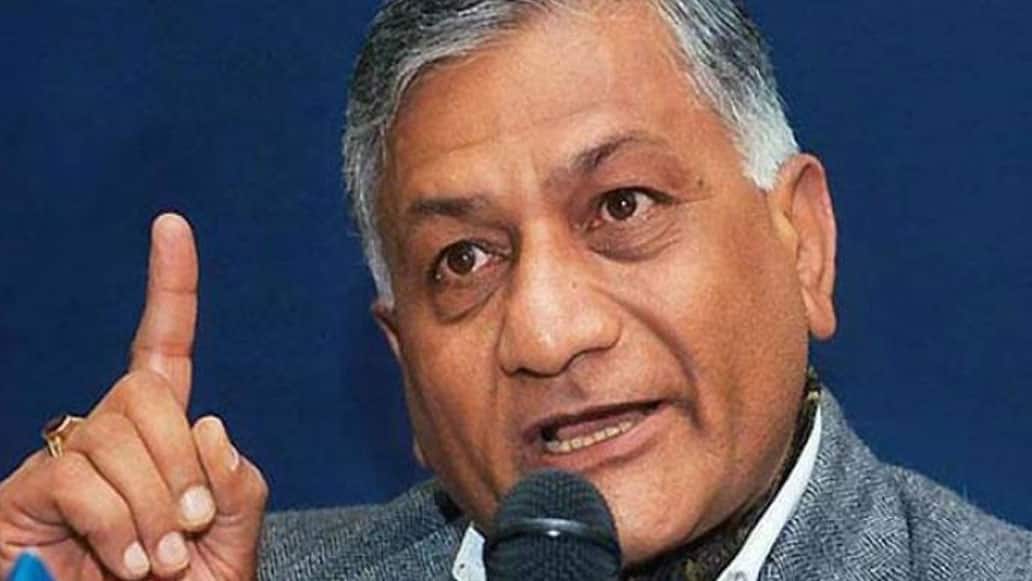 Jaipur: General VK Singh (retd), Union Minister of State for External Affairs, said on Saturday that Pakistan can never be a friend of India.

Addressing a press conference at the state BJP headquarters here, the former Chief of Army Staff said if India ever considered Pakistan as its friend, it would be the biggest weakness of the country.

"I was informed about opposition candidates in the border areas of Rajasthan claiming that Pakistan was not a threat to India and hence it should not be treated as an enemy nation. But a country which has been triggering proxy wars against India besides being a terrorist hub can never be treated as a friend. Treating Pakistan as a friend will be the biggest weakness of India," Singh said.

The Bharatiya Janata Party (BJP) leader further said that people in Rajasthan wanted to elect a strong and stable government at the centre for the country`s benefit and for its secure future.

"I have toured four Parliamentary constituencies in the state, namely Jodhpur, Barmer, Udaipur and Rajsamand. I can feel the undercurrent which is the same as that in Uttar Pradesh," Singh said.

Of the 25 Lok Sabha constituencies in Rajasthan, 13 go to the polls in the fourth phase on April 29 while polling in the remaining 12 seats will be held in the fifth phase on May 6.

Singh further said that he wanted to clarify certain statements made by the opposition in the last few days.

"The Congress is saying the BJP is politicising the armed forces. However, as a former soldier who has served the Indian Army for several years and whose previous generations too have served the army, I can say it with surety that the Indian Army has never been trapped in politics.

"The soldiers of our nation perform their duties with honesty and the government is just praising their valour. If discussing the bravery and valour of our armed forces is politicisation, then it seems they (Congress) don`t know what politicisation is," Singh said.

On Congress` claims that surgical strikes were conducted earlier also, he said: "A lot many things keep happening on the Line of Control because both sides on either side of the fence want to dominate each other.

"However, there are times when the government comes to the support the Indian Army and says `if you (the army) want to take any action, we are with you.` Being a former army chief, I can tell you that our armed forces have been receiving such support from the government for the last four-and-a-half years."

Commenting on BJP President Amit Shah`s claims that 250 terrorists were killed in the Balakot air strike, Singh said: "They weren`t the actual figures, but only estimated numbers based of different reports.

"According to the National Technical Research Organisation (NTRO), around 300 phones were active in the area at the time of the air strike. Assuming that 250 of the cellphone users were terrorists, we estimated that around 250 militants were killed."

Makers of Modi biopic write to EC, seek clarification on its decision to stay film's release