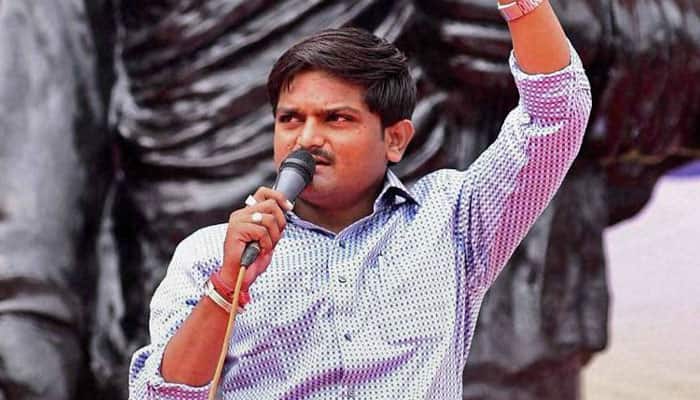 Top Congress sources told PTI that Hardik Patel is likely to join the party on March 12. "He is likely to contest the election from Jamnagar constituency," they said.

Sources added that Hardik Patel, who gained prominence after leading the agitation demanding reservation for the Patidar community in Gujarat, is expected to join the Congress in the presence of party chief Rahul Gandhi.

Poonamben Maadam of the Bharatiya Janata Party is currently the Member of Parliament from Jamnagar Lok Sabha seat.

Hardik Patel's entry into Congress is set to coincide with the Congress Working Committee or CWC meeting in Ahmedabad. Talking to PTI, some Gujarat Congress leaders said that the party is focusing on Gujarat, the home state of Prime Minister Narendra Modi, and is expected to perform much better than the 2014 Lok Sabha poll. It may be recalled that the Congress had given a tough fight to the ruling BJP in the 2018 assembly elections in the state.

It is learnt that along with Patel, five other members of the PAAS core group of the nine, would also join the Congress.

On February 6, Hardik Patel had announced at a rally in Lucknow that he will contest the upcoming General Election. It may be recalled that 25-year-old Hardik could not contest the 2014 Lok Sabha poll because he was not eligible to contest for the Lower House. In December 2017, Hardik had said that he would definitely enter the political arena once he will be eligible for the same.

In 2017, Gujarat Congress President Bharatsinh Solanki had said that his party would offer a ticket to Hardik if he decides to take the political plunge.

Sources told Zee Media that Hardik Patel held a meeting with PAAS conveners in Rajkot on Thursday evening and a final decision in this regard has been taken during the meeting.

The Jamnagar constituency is dominated by Aahir community and the leader from this community has won the last three Lok Sabha elections from this seat. Out of seven assembly seats in Jamnagar, Congress had won four in 2018 Assembly poll, while the BJP emerged victorious on three seats. By fielding Hardik from this seat, Congress wants to make it an Aahir versus Patidar battle.

Chandresh Patel of Patidar community was the MP from Jamnagar in five Lok Sabha poll from 1989 to 1999 but the last three Lok Sabha poll was won by leaders from Aahir community, out of which Vikram Maadam from the Congress won twice, while the seat went to Poonam Maadam of BJP in 2014 Lok Sabha poll.