Congress has betrayed and cheated Chhattisgarh farmers over the loan waiver in the state, he said. 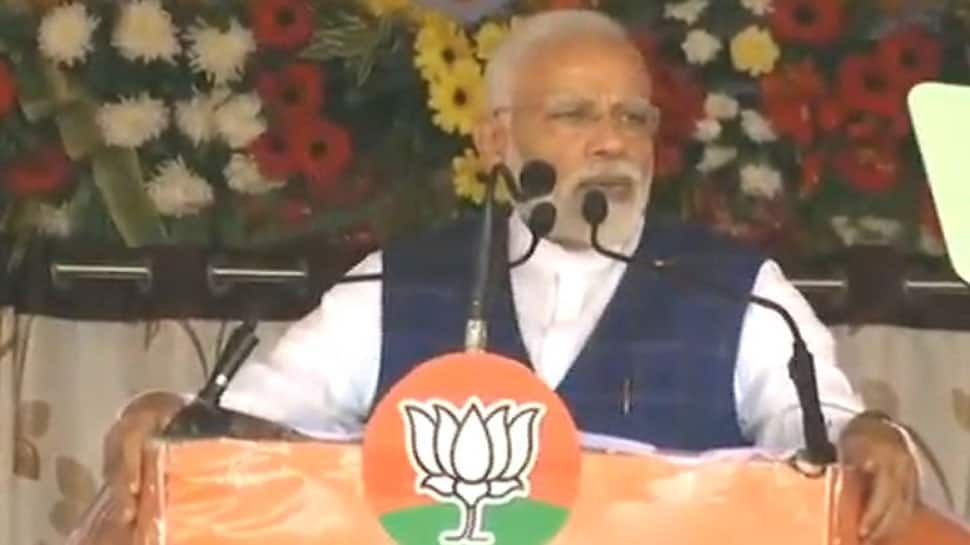 Taking potshots at the attempts to cobble up a mahagathbandhan (grand alliance) against the BJP, Prime Minister Narendra Modi on Friday asked people to guard against this 'mahamilavat' (highly adulterated) dispensation.

In his maiden public rally after BJP lost power in Chhattisgarh 2018, PM Modi said top Congress leaders were embroiled in legal tangles. "Most members of the (Gandhi) family are either out on bail or have obtained anticipatory bail," the Prime Minister said, during the rally at Kodatarai in Raigarh district.

Congress has betrayed and cheated Chhattisgarh farmers over the loan waiver in the state, he said. For electoral gains, Congress comes up with the promise of loan waiver in every ten years, he added.

Loans of only those farmers who availed them from cooperative and rural banks were waived, he said. "What about loans of those who had borrowed from nationalised banks? Are they not entitled to the loan waiver," he said.

"Why did the Congress not inform people about the criteria for the loan waiver? This is cheating," he said. "What about farmers who borrowed from 'sahukar' (private moneylender) and relatives. Who will waive their loans? In the name of the loan waiver, Congress has benefited 'bichauliye' (middlemen)," he said.

PM Modi said the Congress government has decided to obstruct the CBI in the state. "If someone has not done anything (wrong), will he be afraid of an investigation," he asked.

"Can any agency enquire without any reason?," he said. "People have no problem in this (CBI probe) but the Congress has," PM Modi said.

By opting out of the Ayushman Bharat scheme, the Congress government in Chhattisgarh has deprived poor of healthcare, PM Modi said. "I have come amidst you to get a new mandate for a new India," PM Modi said.

India's poverty has started to decline due to efforts of the BJP-led government, PM Modi said.