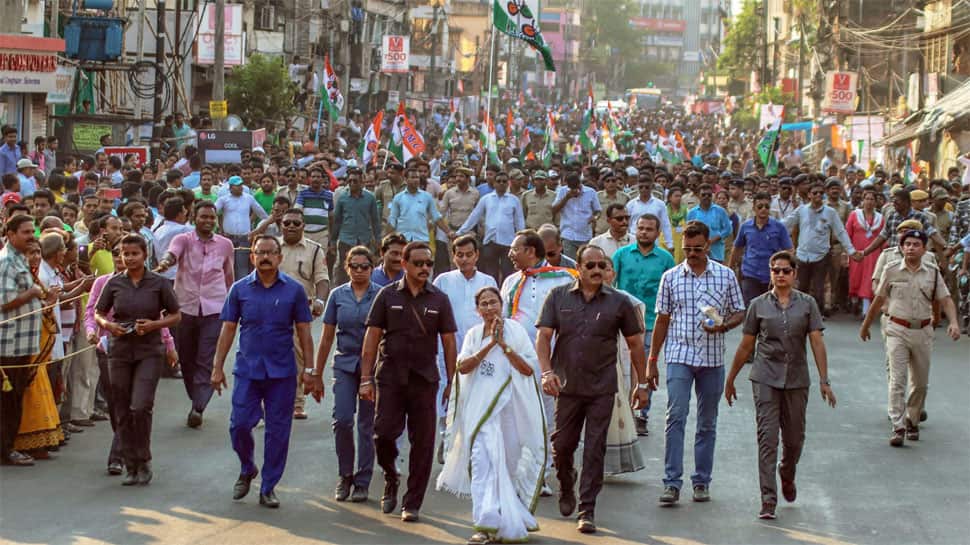 “You can see people with me, we have done development. People have decided - whether to be with guns or with development. BJP's candidate Arjun Singh is mafia. History says people have never spared gaddars (traitors) so that will take place. More the Prime Minister comes here, my vote will increase (for Mamata),” the Barrackpore  MP told Zee Media.

Arjun Singh is a former Trinamool leader and the current BJP candidate for Barrackpore Lok Sabha. Last week Trinamool lodged a complaint against Arjun Singh for taking out a bike rally in the constituency and violating the model code of conduct.

Responding to BJP's accusations that he doesn't come to his constituency, Trivedi says, "You see development has taken place in my constituency. BJP says whatever they want. Modi does not go to Varanasi villages, has he? But (in) my place, Mamata Banerjee has done work. It's a team through which we work and people will vote for them."

People are fed up with turncoat politicians, he said, adding that Trinamool will surely win all the 42 Lok Sabha seats in the state.

“West Bengal wanted a change. Didi has given that change. Now India wants to change and didi will give that also,” the 68-year-old added.

Barrackpore has a significant population of Matuas, a Scheduled Caste community mostly comprising backward class Hindus who migrated from Bangladesh. Both the TMC and the BJP are working hard to woo the Matuas.

Polling for the Cooch Behar and Alipurduar constituencies took place in the first phase on April 11, while Darjeeling, Jalpaiguri and Raiganj voted on April 18. The subsequent phases of polling in West Bengal will be held on April 29, May 6, May 12 and May 19. The votes will be counted on May 23.