Poonam Sinha filed her nomination for Lok Sabha polls from Lucknow on Thursday. 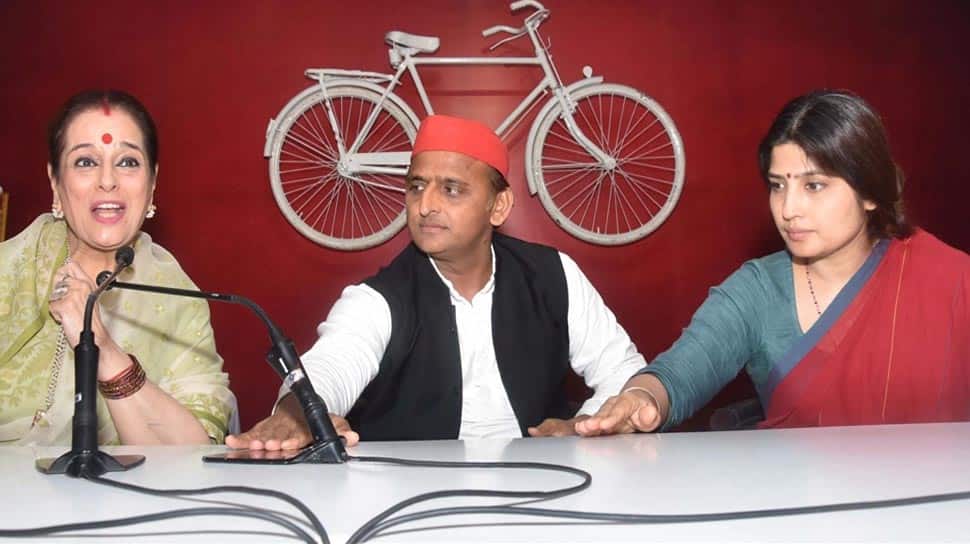 Lucknow: Just a day after joining the Samajwadi Party (SP), Poonam Sinha on Thursday said that in the Lok Sabha elections, people will vote on the basis of work done by the leaders, and not on the basis of their popularity.

Speaking to ANI, after filing her nomination for Lok Sabha polls from Lucknow, Sinha said, "I am very happy to receive the affection from people of Lucknow. My confidence has increased with the roadshow conducted earlier on Thursday...This election is not taking place based on any names, instead, it is taking place on the basis of what work has been done."

"Leaders will be judged on the basis of whether they have fulfilled promises. People are smart, they will ask about promises made by BJP in 2014," she added.

Her husband Congress leader Shatrughan Sinha also spoke about her candidature against the Union Home Minister Rajnath Singh. He said, "At present, we are not thinking of Rajnath Singh. Right now I have come here to encourage Poonam Sinha to work for the people."

"We were invited by the grand alliance, especially SP chief Akhilesh Yadav and his wife Dimple Yadav, whom we regard as our family friends. We discussed and unanimously made the decision to come here," he added.

The Congress leader said, "We are not talking of defeating anyone purposely. We are only talking about development."

"We are talking about giving justice to farmers and workers who have been betrayed by the false promises made by the BJP government," he added.

Accompanied by his wife and SP leader Dimple Yadav during a road show earlier on Thursday, Shatrughan Sinha praised BSP-SP-RLD alliance in the state.

Sinha who has joined Congress recently will be contesting against BJP`s Ravi Shankar Prasad in Patna Sahib Constituency in Bihar.