In 2014, Modi had swept the poll in this Uttar Pradesh seat with a massive margin of 3.37 lakh votes against his nearest rival, Aam Aadmi Party's Arvind Kejriwal. 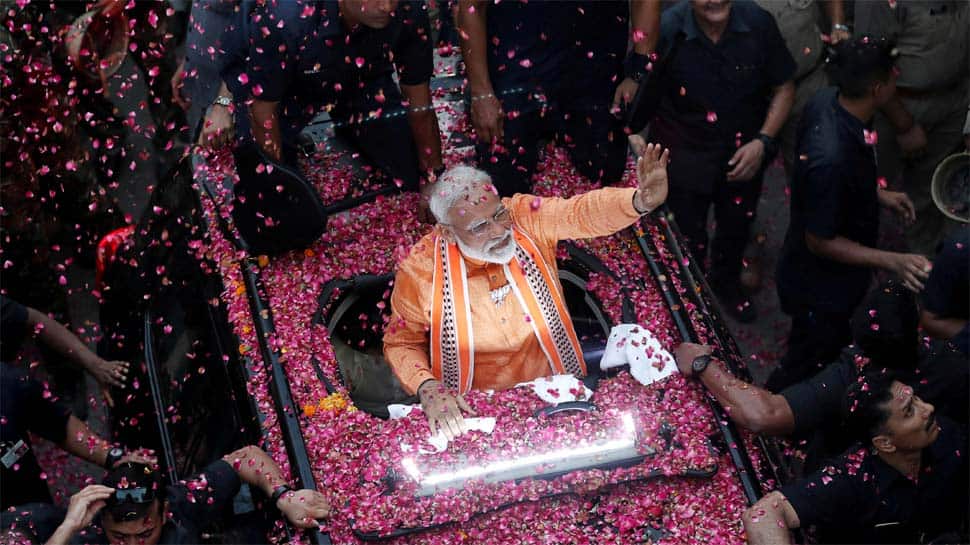 The final phase of Lok Sabha Election 2019 on May 19 will put to test Prime Minister Narendra Modi's fate from Varanasi parliament constituency. In 2014, Modi had swept the poll in this Uttar Pradesh seat with a massive margin of 3.37 lakh votes against his nearest rival, Aam Aadmi Party's Arvind Kejriwal.

The Prime Minister, who has been making emotionally charged up pitches to the voters of Kashi, will be back in the constituency on Thursday evening, May 16, to meet the local Bharatiya Janata Party office bearers. After an overnight halt, he'll continue to campaign across the temple town in a final attempt to woo the voters on last day of electioneering on May 17, ahead the seventh phase of the Lok Sabha poll. The PM will also make a pit stop at the famous Kashi Vishwanath Temple.

Varanasi, one of the 80 parliamentary constituencies in Uttar Pradesh, will be among the most-watched constituencies on May 23 when the final election results are announced.

The Prime Mminister last visited the holy city on April 26 to file his nomination papers. At the time, he held a mega roadshow, spanning over six kilometres. Top National Democratic Alliance (NDA) allies and North-East Democratic Alliance (NEDA) leaders alongside a slew of BJP leaders descended in the temple town in a show of strength and unity.

Also in the fray from Varanasi are Congress' Ajay Rai and Samajwadi Party's Shalini Yadav. Congress general secretary Priyanka Gandhi on Wednesday held a mega road show in support of the Congress candidate, following a route similar to that of Modi's road show.

On May 14, in an video message to the voters of the temple town, Modi described himself as a 'Kashi-vaasi' and sought their blessings to pave the way for his election to Lok Sabha for a second term from the seat.

Varanasi votes on May 19 in the last round of the seven-phase Lok Sabha polling.

In Pataliputra, a battle between Lalu Prasad Yadav's family and his former aide