"There is something for which I also apologise to you. After becoming PM, the security moves along with me. I see barricading and that people are stopped from going ahead." 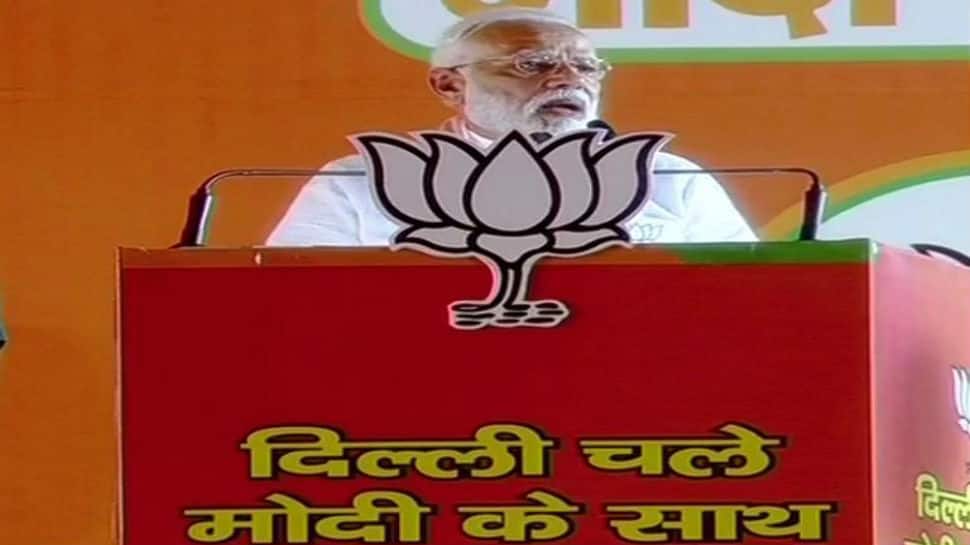 New Delhi: When thousands of people gathered at Delhi's Ramlila Maidan on Wednesday evening to hear PM Narendra Modi speak, an apology was the last thing they were expecting. But an apology is the first thing they got.

PM Modi was here to address an election rally before voting in all seven parliamentary constituencies of Delhi this Sunday. He chose to begin his speech with an apology. "There is something for which I also apologise to you. After becoming PM, the security moves along with me. I see barricading and that people are stopped from going ahead. Some people would be late to reach their houses due to me," he said. "This has never been my intention and is not in my habit."

Highlighting how he believes in working for the people as a 'sevak', PM Modi then said that red beacons on official cars have been taken away.

While PM Modi did list out his government's achievements like thwarting terrorism, working for the poor and ensuring ease of doing business, he also addressed local issues which are specific to Delhi. "We have started the process of cleaning the Yamuna. Traffic jams in Delhi have become fewer. Infrastructure projects too have been given importance," he said.

PM Modi is at the center of BJP's bid to woo voters in Delhi even as the party faces off against Congress and Aam Aadmi Party in a three-way fight.