Azad accused the BJP of "creating an atmosphere of mistrust and hate" in the country. 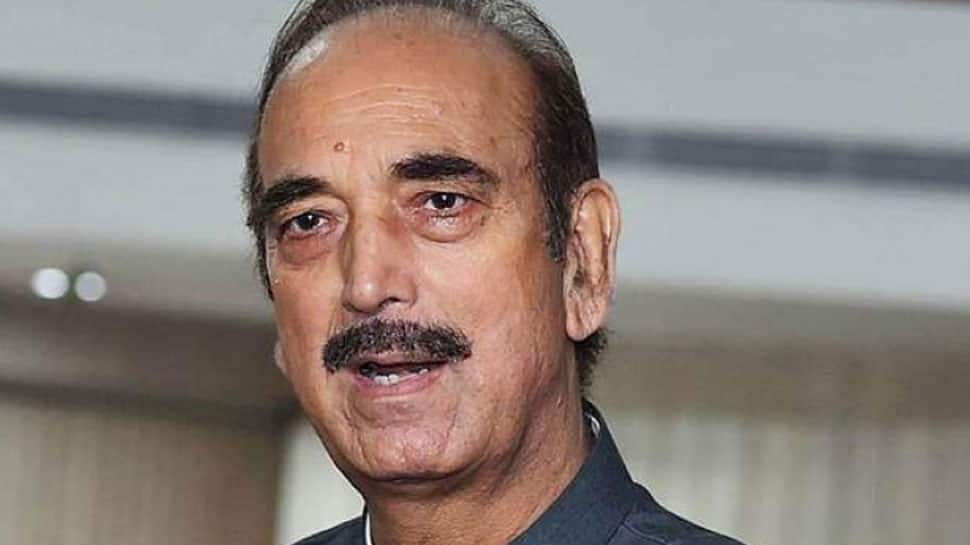 He also lashed out at the BJP for "creating an atmosphere of mistrust and hate" in the country.

"The prime minister does not mention anything about the promises made by him especially to our youth, farmers and the poor in the last election and instead he has created war hysteria and fear psychosis among the countrymen for votes," the leader of opposition in the Rajya Sabha said.

He said Modi's promises to the people in the last election like 10 crore jobs, 50 per cent increase in the minimum support price (MSP) to the farmers, bringing back black money and depositing Rs 15 lakh in the account of every common man has proved "hollow".

"All those promises and commitments which were made by the prime minister and the BJP during the last election have proved to be 'jumlas' only and after five years of Modi government the BJP does not talk of their report card on all those promises but creating fear psychosis, mistrust and war hysteria," the former state chief minister said.

He said the farmers continued to commit suicides but the Modi government remained indifferent and insensitive to their issues.

"The atrocities on women and weaker sections continued unabated and the poor are facing unprecedented price hike but for the Modi government, these are no more issues. The BJP wants to divert people's attention to escape questions over its failure to provide good governance to the people," he said.

Azad accused the BJP of pursuing "divisive and diversionary tactics and creating an atmosphere of mistrust and hate for political gains" while ignoring the larger interests of maintaining social and religious harmony which are paramount for the unity and integrity of the nation.

Would have loved to take on PM Modi in Patna Sahib: Shatrughan Sinha mocks BJP