The prime minister also launched a scathing attack at the Congress for its proposed income scheme. 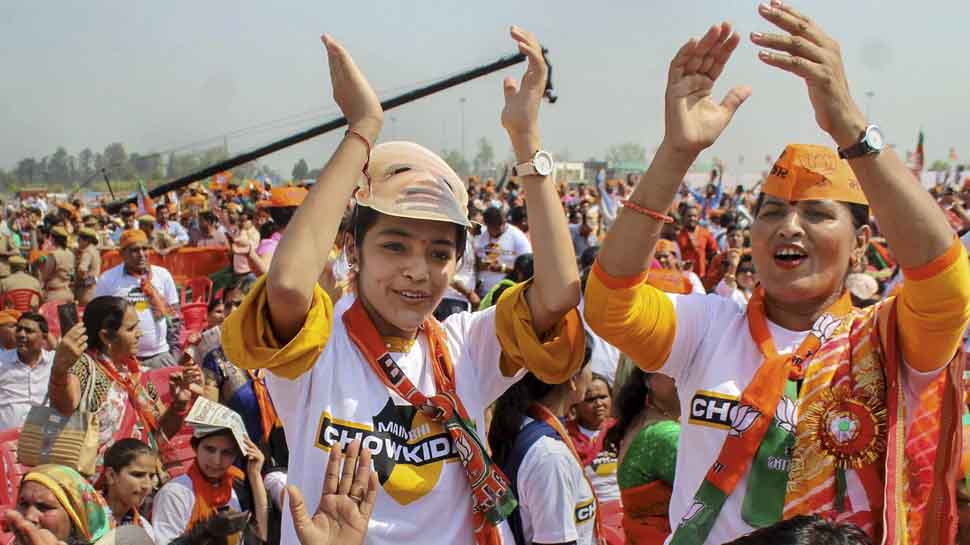 MEERUT: Prime Minister Narendra Modi on Wednesday addressed a massive rally in Meerut, Uttar Pradesh, and took a dig at SP-BSP-RLD alliance in the state by coining a new acronym ‘SARAB’, saying that this alliance liquor would destroy the health of the state.

The prime minister also launched a scathing attack at the Congress for its proposed income scheme, saying the party which had failed to open the bank accounts of poor was now making promise of transferring money directly into their bank accounts.

PM Modi's 'SARAB' attack, however, did not go down well with the opposition as Samajwadi Party chief Akhilesh Yadav said that the PM did not know the meaning of the word becuase he uses teleprompter for his speech. The SP supremo added that 'SARAB' means mirage and the BJP was trying to show the country this mirage and they are again doing the same because the Lok Sabha polls are near.

"Tele prompters exposed how those who promote hate don't know difference between 'sarab' and 'sharab'; 'Sarab' also means mirage which the BJP has been showing for the last five years," tweeted Akhilesh Yadav.

The Congress also attacked the prime minister, saying that he was completely wrong in likening three political parties to sharab or liquor.

"Does this kind of talk befit a Prime Minister? You are calling three political parties sharab? Is this the way a PM talks? Can the people accept this," Congress spokesperson Randeep Surjewala said at a press conference.

"Take back your words and apologise to 130 crore people, or the nation and Uttar Pradesh will never forgive you," he added.

During his rally in Meerut, PM Modi also accused the Congress-led UPA government of being soft on terror. He said that the Congress used to inquire about the religion of terrorists before taking any action against them. “Land, sky or space, my government has shown courage to conduct a surgical strike in all spheres,” he said.

“Five years ago, when I sought your blessings, you gave me a lot of love. I had said that I will return the blessings and the love with interest, and I had also said that I will give account of the work that I have done. The chowkidar does no injustice, India has made up its mind who to vote for,” he noted.