PM Modi said India has been suffering from terrorism for the past 40 years. 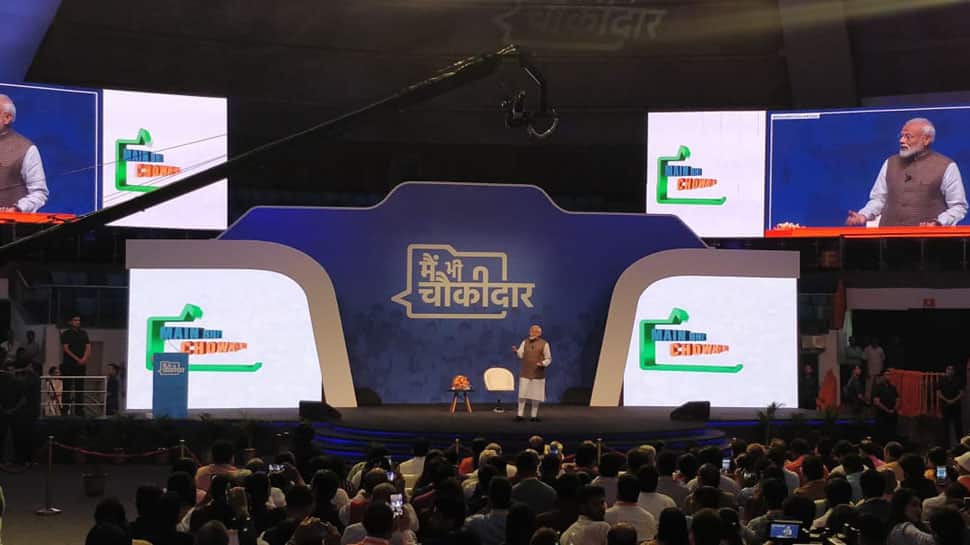 Prime Minister Narendra Modi on Sunday evening took a coruscating verbal attack on Pakistan over its refuge to terrorism and India's recent airstrike in Balakot, Pakistan.

Interacting with the mass, who have pledged their support to the 'Main Bhi Chowkidar' campaign in all parliamentary constituencies, the PM addressed the biggest town hall programme at the Talkatora Stadium in the national capital.

PM Modi said India has been suffering from terrorism for the past 40 years. He added that he decided to take the war against terror into the homes of those who support it.

"We know who is responsible for it (terrorism). I thought, till when will this go on? Then, I decided, yeh jahan se control hota hai khel wahin khela jaayega," asserted the PM.

"Pakistan is in dilemma, if they say something happened in Balakot, they'll have to accept, ‘Yes, we had terrorist camps operating here.’ They kept telling the world, there's nothing, we attacked the place they can't hide anymore. They haven't let anyone visit it in the last 1.5 months. Pakistan has started opening airspace after air strikes, believing Modi is busy with elections but country more important for me," said the PM.

"We've been told Balakot area is being reconstructed by Pakistan to show people that no terror camp existed," said PM Modi.

He also took a dig at the Opposition saying that those who abuse PM Modi on the Balakot air strike are extending help to Pakistan with their statements.

The PM clarified that the airstrike was done by the IAF and not him after he was praised for conducting the strike. He said that he has complete trust in the armed forces. "I have trust on their ability and disciple and what they can achieve," added the PM.

When asked what would be his next step if he comes to power for a second tenure, PM Modi said, "In the last 5 years I put all my strength to do away with what was lacking, to fulfil the necessities from toilets, electricity, roads, trains to buses, and next 5 years will be to address the ambitions and aspirations."

As many as 5,000 people attended the town hall and lakhs of people took part in it, across the country, through video conferencing. More than 500 locations across the country were set up. Taking to the Twitter, PM Modi had written, "The day we were most looking forward to is here! At 5 PM, lakhs of Chowkidars from different parts of India will interact in the historic Main Bhi Chowkidar programme. This is an interaction you must not miss."