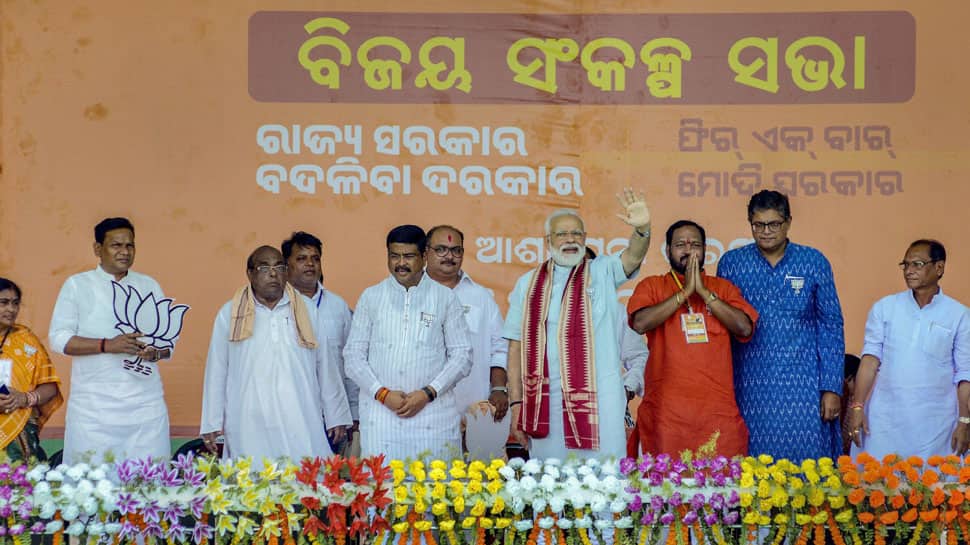 Launching a direct attack on Congress for its minimum guarantee scheme for the poor, Prime Minister Narendra Modi on Tuesday said that the Congress remembers poor only during elections.

The NYAY (Nyuntam Aay Yojana) scheme - announced recently by Congress President Rahul Gandhi - guarantees Rs 6,000 per month for the poor. Rahul Gandhi has said that the NYAY scheme will benefit poorest 20% families of the country and the Congress will implement this scheme if it wins the Lok Sabha election. Dubbing NYAY a “revolutionary” scheme, the Congress president had said that it “will change the face of India”.

“They keep chanting the word poor during elections, but they snatch the rights of the poor. This is the truth of the claws of Congress, this is their policy and their principles,” PM Modi said while addressing a rally in Odisha's Kalahandi.

“It was here in Kalahandi that Rajiv Gandhi had said that if he sends Re 1 from Delhi, only 15 paise reaches the poor tribals. After decades when the Congress formed the government in Delhi, they accepted only 16 paise out of Re 1 reaches the poor. So in nearly 25 years, Congress gave only 1 paise relief to Odisha. Do you trust these people?” asked the PM.

Modi said his government has ensured that if 100 paise is sent to the poor, then they receive entire money. “We have managed to do in five years what the Congress could not do in decades. Can you believe how much money was going to the pockets of middlemen and being turned into black money? There was no redressal of grievance of the poor. But the BJP government has stopped the leakage of money for the poor,” he said.

The prime minister also targeted ruling Biju Janata Dal (BJD) in Odisha, claiming that the party has done nothing for the welfare of the people of the state. He accused BJD supremo and Odisha Chief Minister Naveen Patnaik of taking forward the corrupt practices of Congress. PM Modi said that the BJD government had encouraged mining mafia, chit fund scammers and corrupt officials in the last two decades.

It is to be noted that Naveen Patnaik is the CM of Odisha for the last 19 years and PM Modi said in his speech that 19 years were adequate time to change the face of state and usher it on the path of development.

“In 19 years, a person becomes eligible to vote. In 19 years, a student becomes an engineer, a doctor or graduate. You relied on the BJD for the last 19 years, but now the time has come to change it,” the Prime Minister said.