The battle of Bengal is all set to heat up with Prime Minister Narendra Modi and Trinamool Congress president Mamata Banerjee kickstarting their campaign Wednesday in the state that sends third largest number of Lok Sabha members to Parliament. 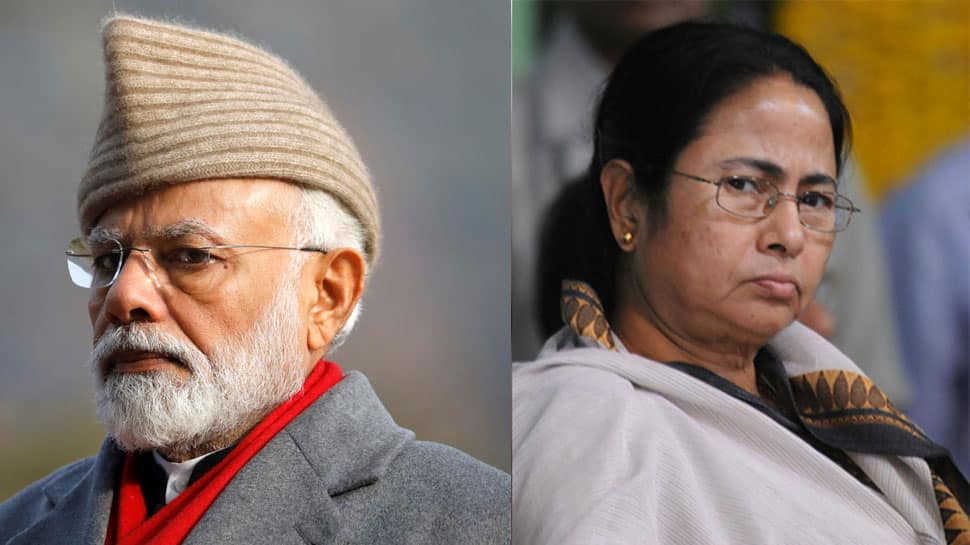 Kolkata: The battle of Bengal is all set to heat up with Prime Minister Narendra Modi and Trinamool Congress president Mamata Banerjee kickstarting their campaign Wednesday in the state that sends third largest number of Lok Sabha members to Parliament.

While Modi will address a rally at Siliguri, Banerjee will hold her first public meeting for the general elections in the state at Dinhata, both in North Bengal.

Political circles are agog that a war of words are on the cards with Mamata Banerjee deciding to hold her public rally on the same day the Prime Minister will commence his campaign in the state.

Banerjee, who was earlier scheduled to begin her campaign meetings on April 4 in North Bengal, has preponed it by a day to address the rally at Dinhata in Coochbehar constituency, which goes to polls in the first phase.

West Bengal has a total of 42 Lok Sabha seats, the third largest number after Uttar Pradesh's 80 and Maharashtra 48.

After a good performance in last year rural polls and also in a few bypolls, the BJP has pipped CPI(M) as well Congress to emerge as main challenger to TMC in Bengal.

The BJP president Amit Shah has set an ambitious target of winning 23 seats in the state.

Mamata Banerjee popularly called "Didi", who has been playing an important role in bringing together anti-BJP parties on one platform and whose party see a potential PM candidate in her, is sparing no effort to stop saffron party increase its footprint in the state.

"The Chief Minister will address the rally at Dinhata on Wednesday at 3.00 pm," TMC Coochbehar district secretary Rabindranath Ghosh said.

The TMC supremo's nephew and MP Abhishek Banerjee will also address two rallies in the district - one at Sitalkhuci and the other at Tufanganj on the same day, Ghosh said.

The PM is scheduled to kickstart his campaign in the TMC-ruled state from Siliguri at 1.00 pm and will hold another rally at the Brigade Parade Ground in Kolkata at 3.00 pm on the same day.

BJP state chief Dilip Ghosh said that apart from the Prime Minister, several other top saffron party leaders will hold rallies in the state in the run up to the seven-phase elections in West Bengal.

"How many of these leaders will she counter? She will not find time to talk about her own candidates if she tries to give answer to the addresses of all of them in her rallies," Ghosh said about speculations that Banerjee has preponed her rally by a day to take on what Modi says in his public meeting at Siliguri.

The BJP state president claimed that people in North Bengal will go to hear the Prime Minister at Siliguri. "Who will go to Dinhata?" he asked.

The distance between Dinhata and Siliguri is about 170 kms by road.

Coochbehar and Alipurduars will go to polls in the first phase of the Lok Sabha elections on April 11.

Elections for the three seats of Darjeeling, Jalpaiguri and Raiganj in North Bengal will be held in the second phase on April 18.

Siliguri is within the Darjeeling constituency, which is one of the two seats BJP won in the 2014 elections.

It has, however, fielded greenhorn Raju Bista in place of its sitting MP S S Ahluwalia from the seat.

Banerjee had said on Sunday that she will go to Coochbehar in North Bengal on April 4 and then to Assam to address rallies there the next day and will be back to Bengal again for addressing election rallies.

"I will address nearly 100 meetings in Bengal," the fiesty leader, who has been trying to cobble up an united opposition alliance against the BJP, had said.